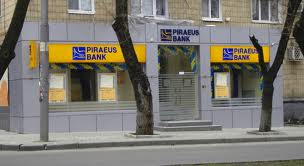 On April 2, Reuters news agency published an article about “strange” property deals between the Greek Piraeus Bank and its Chairman family members.
But Piraeus Bank sued both the news agency and the article’s author, Stephen Grey, over “malicious defamation and of wishing to harm the entire Greek banking system.”
The article titled “A Greek Banker’s Secret Property Deals,” referred to the supposed property deals between the bank chairman and some members of his family. According to the reporter, the Bank rented more than seven buildings owned by private investment companies belonging and directed by the wife and the two children of the bank’s executive chairman, Michalis Sallas.
“The bank never bought or leased any property, particularly illegal ones, from its chairman or his family,” says the lawsuit.
“Piraeus Bank has already started legal proceedings in the competent Greek Courts against Reuters as a result of its inaccurate and highly defamatory report,” announced the Piraeus spokesman. According to him, the bank will testify sufficient evidence and data to the Court.
Reuters stated, “We continue to stand by our story.” They claim that they based the article on a study conducted by their reporter, which included Greek corporate records and company statements provided by legal, accounting and property experts in Greece.
After the publication of the article, the lawyer of the Bank told the Athens News that they faced a loss of 46 million euros.