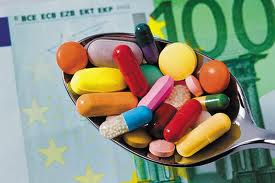 Nine out of ten Greeks face difficulties buying the medicines they need, reports the University of Patras. 70% of the survey participants cannot afford buying all the necessary medicines due to wage cuts, while 59.5% of them did not have a medical examination due to financial problems, despite their doctor suggesting one.
The evidence came as a result of a survey conducted by the Family Medicine Department of the University of Patras. The study, titled “Medicine Behavior of Greek Patients During the Financial Crisis,” took place in the region of Peloponnese, in the Achaia prefecture.
Professor Giorgos Matzouranis and his scientific team were awarded  for their study in the 24th Pan-Hellenic Conference of General Medicine.
Matzouranis commented during the Conference that Greeks cannot afford their course of treatment due to the financial crisis and its consequences. “Some of them,” says the Greek Professor, ” have even stopped their treatment due to such problems.”
More than 90% of the patients say they are buying less medicine than they did last year, and 93.8% regard the financial crisis as the key-reason to this.