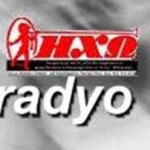 Radio program “Iho tis Polis” has been on the air for a few days in Istanbul. The Greek station began broadcasting in Turkey on Tuesday.

This is an attempt of the newspaper Iho to create a radio program for the Greek Diaspora in its neighboring country. People in charge for this initiative were motivated by the paper’s 35th anniversary.

“What everyone has been dreaming for many years, that is a Hellenic radio station for the Greeks in Istanbul, became true, at last. We should thank a small group of Greeks who had this vision and of course, the Internet making this step easier for us,” state the officials of the station.

Evanthia Reboutsika, a renowned Greek musician and composer, was the first radio presenter of the station’s new program. Part of the “Iho” signature tune is a song of hers from the soundtrack of the famous film “The Touch of Spice,” which is about the life of a Greek family living peacefully in Turkey when they suddenly are forced to migrate to Greece due to the political upheaval.