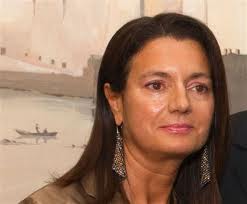 Well-known Greek professor and former advisor to the German foreign ministry Margarita Mathiopoulos has been stripped of her doctorate after it was found to be largely plagiarized. That means she’s also lost her academic position at the Bonn University and she will probably stop teaching as an honorary professor at other European universities.

Her thesis, titled, “America: the Experiment of Progress. A Comparison of the Political Thinking in Europe and the USA,” contained many passages from other academic works without proper acknowledgement, a Bonn University statement said.

Written in the 1980s, her doctorate was criticized in the early 1990s after serious methodical errors were discovered, but no evidence of deliberate fraud was detected so the University of Bonn determined that she should not be punished. The investigation was re-opened after the internet site VroniPlag suggested there were hundreds of incidents of plagiarism in her work. Forty-seven percent of her work was found to be a “copy” product, with 320 plagiarized abstracts, suggesting that there was not much of original text left over.

The article in Süddeutsche Zeitung was a disgrace for the Greek academic professor, while similar bitter remarks were made all over the German press.

The Universities of Braunschweig and Potsdam, where she holds honorary professorships, have announced that they will be re-evaluating their decisions in light of the rescinded doctorate, according to Spiegel magazine. Mathiopoulos has announced that she will sue the university and the members of the faculty board personally, a rather unscientific manner of discourse.

The Greek-German professor of Political Sciences is only one of the many “victims” of VroniPlag, which has been investigating the authenticity of doctorates written by eminent German politicians and scientists for the last two years.

MEP Giorgos Chatzimarkakis was also found guilty of plagiarism, which cost him his academic profession at the University of Bonn last year.