Former Socialist Greek minister Akis Tsochatzopoulos was arrested on Wednesday on money laundering charges by the judicial authorities. Tsochatzopulos was called in by officials from the finance ministry’s anti-fraud squad. The authorities will consider the issue of temporary detention. On his way, Tsochatzopulos made a statement saying he will talk after his hearing.
Three vehicles and four security officers are stationed outside the home of Tsochatzopoulos on Dionysius Areopagite, one of Athens most expensive streets. His lawyers are trying to find the best strategy for PASOK’s former minister, who is in a lot of trouble.
Tsochatzopoulos was a founding member of the PASOK party. He was elected as a member of the Hellenic Parliament for the first time in 1981 and remained in seat until 2007. On July 1 2011, amid accusations of economic scandals, the Greek Parliament voted in favor of pressing charges against him.
The Wedding (At the Four Seasons in Paris) 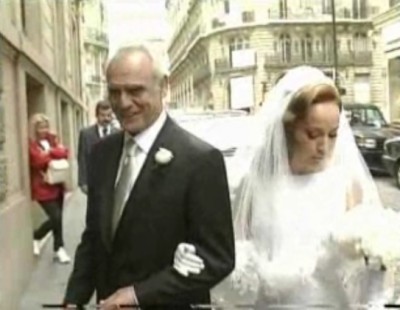 For the past ten years the Greek media have been continuously criticizing him for his lavish lifestyle. His wedding in Paris, the reception that followed at the Four Seasons Hotel with a view of the Eiffel Tower, and the Jaguar that the newlyweds used to leave the church made headlines for several weeks back in 2004.
The House (On Aeropagitou)

On May 30 2010, the Greek newspapers Kathimerini and Proto Thema made public their findings that Tsochatzopoulos’ wife had purchased a house for one million euro from an offshore company on one of Athens’ most prestigious streets, a few days before parliament passed a series of austerity measures aimed at increasing taxes and combating tax evasion. At the time, Tsochatzopoulos had threatened that he would go to the courts, but nevertheless on June 7 the committee in charge of the case asked for the removal of Tsochatzopoulos’ party privileges because of evidence found against him.
The (countless) Scandals
Tsochatzopoulos has been linked in numerous bribing, money laundering and tax evasion scandals. In early 2011, following an investigation by a specialized committee of the Hellenic Parliament, evidence emerged that Tsochatzopoulos was also involved in the Siemens scandal. Among others, the committee statement included: “Mr. Tsochatzopoulos is being checked in regards to his activities in the capacity of Minister for National Defense between 1996 and 2001. The Committee combines the orders for defense systems that occurred under his leadership with the confessions of the people managing the ‘black’ money given by Siemens as bribe for the MIM-104 Patriot systems.”
In April 2011, new evidence emerged that tied Tsochatzopoulos to yet another scandal in addition to the previous two, this time with the German company Ferrostaal in relation to the purchase of German submarines. According to the newspaper Real News, Tsochatzopoulos had received thanks from the German representatives for having been chosen for the purchase before a deal had been signed. Tsochatzopoulos threatened to go to courts over the newspaper’s front page, which he considered to be “insulting.” In mid April, the parliamentary group PASOK decided on the creation of a committee to investigate the submarine scandal. Tsochatzopoulos accused the parliamentary group of acting in line with the opposition and of making wrong moves against him. A few days later he made a request to the Areios Pagos, Greece’s supreme court, to move faster with the procedure of investigating his assets. On April 11 2011, the George Papandreou government decided to expel him from the party.
A vote in parliament on April 28 on the creation of a committee to determine whether or not Tsochatzopoulos should be held accountable for criminal actions in the purchase of the German type 214 submarines was voted overwhelmingly in favor, with 226 of 300 votes in the house. Almost a month later, on May 26, the findings on the committee for the investigation of Tsochatzopoulos’ assets were published; they found that Tsochatzopoulos had lied about the value of his home, which was greater than his tax documents stated.
On June 6 2011, the committee decision in relation to the purchase of the German submarines was handed over to the president of the Hellenic Parliament. The committee suggested that Tsochatzopoulos be criminally charged for attempting to pass off money obtained through illegal means as legitimate. The same day he gave an interview to the Greek TV channel Skai where he denied all charges and said that the accusations are a plot against him. On July 1 2011, the committee’s suggestion that charges be made against Tsochatzopoulos was passed in parliament with a majority of 216 of 300 seats.
Andrea’s Yes Man 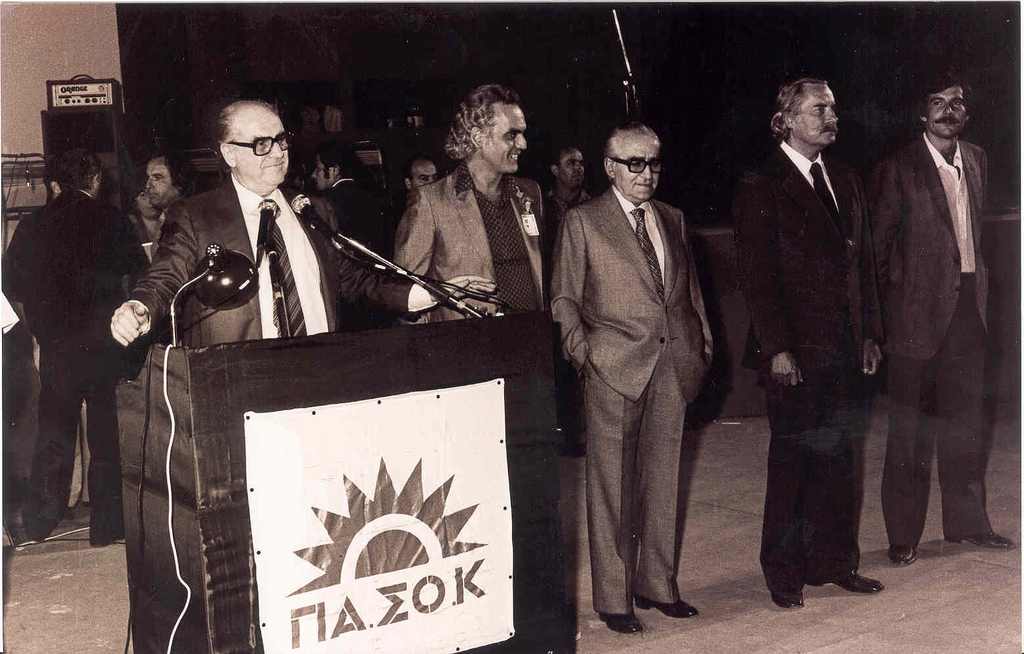 Apostolos Tsohatzopulos or “Akis” was one of the founding members of Andreas Papandreou’s PASOK. He won Andreas’ confidence quickly and rose in the hierarchy of the party. In 1974, after the fall of the dictatorship, he followed Andreas back to Greece and accompanied him on the path to power after winning the elections in 1981. Along with George Gennimatas and Kostas Laliotis, Tsohatzopulos made the famous “troika of PASOK.” But unlike George Gennimatas, who had a competitive relationship with Andreas, Akis was dedicated to the founder of PASOK. His extreme devotion to his mentor became a circulating joke in the mid 80s: “Akis, what time is it?,” asked Andreas. “Whatever time you say it is President,” replied Akis.
[youtube]NhJ4XtfEUvo[/youtube]