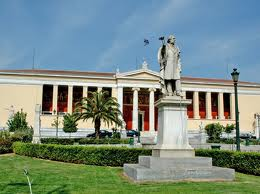 In response to the severe financial crisis, Greek academics decided to search for collaborations with foreign students and institutions to prove that they are still thriving.
China is among the countries, which seem the most suitable of candidates. Many Chinese companies have established a professional connection with Greece, such as COSCO.
At the same time, collaborations with universities from other countries are up for discussion, including Russia and other countries around the Persian Gulf. In 2013, Greece is expected to have found its first academic branch in these countries.
We should not ignore, as well, cooperations of the Greek universities with neighboring countries. The institutions of Cyprus, Bulgaria, Roumania, FYROM, Albania and Moldavia are the first to be mentioned.
The University of Piraeus has already began its cooperation with the China Youth University for Political Sciences of Beijing. According to vice-rector George Vasilakopoulos, important people of a Chinese political elite group have graduated from this institution. The Greek and Chinese universities offer exchange programs between students and tutors, as well as common search programs.
Rector of the Greek Agricultural University, Konstantinos Feggeros, announced the institution’s first department in the United Arab Emirates. More specifically, the Greek University’s new Department will collaborate with Hail Agriculture company. One more Greek academic department is expected to be established in Dubai or Abu Dhabi in 2013-2014.

Prince Philip, the Duke of Edinburgh and consort of the Queen of England Elizabeth II, passed away early Friday morning at the age of...
Greek News

The first Orthodox Church in the US was established in New Orleans in 1864, built in 1866, by Greek merchants.