German Green Party Member: “Greek Greens Do Not Give Solutions” 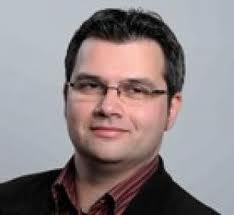 Daniel Mouratides is a distinguished member of the German Green Party. He is responsible for the party’s campaigns and was the President of the Greens in Baden, Germany, during 2006-2009.

He came to Thessaloniki to participate in a seminary organized by the Greek Green Party, in order to inform us about the successful course of his party in Germany.

He says that Germans, like the Greeks, pretty much but dislike the Greek government. “They believe that politicians are responsible for Greece’s financial problems,” says the Greek Ecologist.

“Even German politicians keep asking me about Greece. They ask whether the news and the pictures coming from Greece are real or not,” continues Mouratides.

He mentions that there is great difference between these two countries, especially during the pre-electional periods of each one. “In Greece everything is organized at the last moment,” says the Greek Green. “Imagine that in Germany, people have already begun to plan the elections of 2013.” But in his opinion, more people vote for the German Green Party than they do in Greece and the fault is on the Greek Greens.

“In Germany our party doesn’t only criticize but puts forward solutions, especially via an ongoing discussion via Internet,” says Mouratides.

He told the Greek Greens that the Germans, in the previous elections, had been answering their voters’ questions for three whole days without a break. “It is an initiative we came up with almost four years ago. About 3000 people visit our website per hour,” he explained.

Before he left for Germany, he advised his Greek colleagues to try using more of what the Internet has to offer for the party’s good.