GRNews
GreekReporter.comAustraliaGreek Orthodox Archdiocese of Australia Calls For Expansion of Cemetery in Matraville 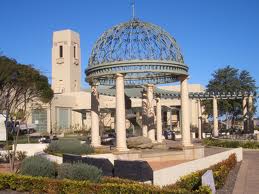 The Greek Orthodox Archdiocese of Australia is calling all Greek-Australians to join the action taken for preserving and, in the future, expanding the burial space of Botany Cemetery at Eastern Suburbs Memorial Park at Matraville.

With space quickly diminishing in cemeteries across Australia, the Botany Cemetery serves some 1.4 million citizens of all backgrounds and religions from the Eastern suburbs to South-East Sydney and from the inner-Western suburbs to the St. George area and Sutherland. It is estimated that Botany Cemetery, like Rookwood Cemetery, will be filled to capacity within 8 years.

In order to accommodate the future demand both of the Greek and other communities, more land for burial space is required.

According to a proposal developed by the Trust at Botany Cemetery, 60% of suitable vacant land adjacent to the existing Botany Cemetery at Matraville, known as the ‘Market Garden site’, was going to be used for burial purposes. The remainder of the land would be preserved for use as market gardens and a conservation reserve.

His Eminence Archbishop Stylianos has written to the NSW State Government in support of Botany Cemetery’s proposal. His position is supported by clergy of the Roman Catholic church and the Jewish faith.

Earlier this year, Randwick City Council released the Draft Randwick Local Environmental Plan 2012 (DLEP) which, if approved, will limit the amount of burial space in this part of Sydney and prohibit the ‘Market Garden Site’ from being used as a cemetery.

The Archdiocese fears that the approval of the Draft will inevitably lead to future burials taking place in cemeteries located west of Penrith or Katoomba due to lack of space. Therefore, it has launched a campaign, sending letters to Randwick Council in an effort of maintain the Botany Cemetery as close to Matraville as possible and ensure it has adequate burial space in the future.

To express your opinion on the preservation and expansion of the cemetery, send one of the suggested letters below to Randwick Council in just a few clicks. All action must be taken before Monday, April 2.