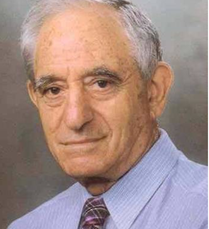 Every Kytherian expresses his deepest sympathy to Archie’s wife Catherine and his children Ann, Helen and Peter for the loss of a Great Tsirigotis.

“Archie” Kalokerinos was born ‘Archivides’ Kalokerinos, to Greek parents from the island of Kythera, in Glenn Innes, Australia, on September 28, 1927. He was always proud of his Greek heritage.

“Dr Archie” as he was affectionately known, got his medical degree from Sydney University in 1951 and then spent six years in England. On his return to Australia he was appointed Medical Superintendent of the hospital at Collarenebri, a town 500 miles north-west of Sydney.

From 1976 to 1987, Dr. Archie worked with the Aboriginal Medical Service. Dr. Kalokerinos was a Life Fellow of the Royal Society for the Promotion of Health, a Fellow of the International Academy of Preventive Medicine, a Fellow of the Australasian College of Biomedical Scientists, Fellow of the Hong Kong Medical Technology Association, and a Member of the New York Academy of Sciences. He was presented with The Australian Medal of Merit for Outstanding Scientific Research.

He retired from full time practice in 1993, and apart from performing occasional ‘locums’ in Tamworth, he spent most of the latter part of his life doing private research. He subsequently moved from Tamworth to Cooranbong on the Central Coast, and then to Bondi Junction in Sydney. In 2000 he was declared the Greek Australian of the Century by the Melbourne newspaper Neos Kosmos.