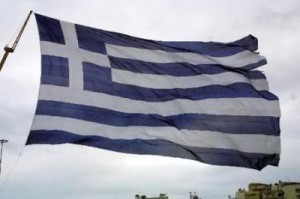 The Hellenic Relief Foundation was recently incorporated in the State of New York as a non-profit philanthropic entity with a mission of providing support for the Greek population suffering during the present economic crisis.

The Foundation is the initiative of Americans of Hellenic descent who wish to address Greek needs in health and nutrition.

This February on the 25th and 26th, representatives of the Foundation visited Greece, at their personal expense, to deliver packaged food supplies to families. The foods supplied represent the classic Mediterranean diet and were purchased locally from Greek producers.

Packaging and distribution was performed by volunteers assisting the Foundation in its mission. The recipients of the Hellenic-American community’s support, delivered through the Foundation, are identified through ongoing communication with persons and organizations presently engaged in charitable activities in Greece.

The Hellenic Relief Foundation is an independent entity and operates according to the laws of the State of New York. It is managed by a Board of Directors, who are members of the Hellenic-American community and do not represent the interests of any other organization or institution. The work of the Foundation is the product of volunteer effort, thus assuring that all contributions will be entirely devoted to its mission of relief.