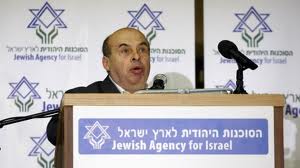 JERUSALEM (JTA) — The Jewish Agency will provide emergency aid to the Jewish community of Greece, which is now facing a serious financial crisis.

The Board of Governors of the Jewish Agency for Israel on Monday voted to grant about $1 million over two years to help Greece’s Jewish communal institutions continue operating, as well as to strengthen the community’s ties with Israel and to develop aliyah programs for those who wish to immigrate to Israel.

Other Jewish organizations have been offering assistance to the community.

The Jewish Agency aid package will be funded by the agency and its partners, Keren Hayesod-United Israel Appeal and the International Fellowship of Christians and Jews. There will also be a fundraising campaign for the Jews of Greece, and Hebrew teachers will be sent to local schools and summer camps in Greece to preserve Hebrew instruction in the community.

For several months the American Jewish Joint Distribution Committee has been assisting the Greek Jewish community, according to JDC CEO Steven Schwager, who visited Athens last month. The JDC has donated $330,000 for welfare and school scholarships to the Athens Jewish community, while other groups such as the Lauder Foundation and Leichtag Family Foundation, as well as the American Jewish Committee, have also provided funds, according to The Jerusalem Post.

The Jewish community operates synagogues, a Jewish school, a museum and a soup kitchen. Community leaders told the Jewish Agency, as well as other Jewish groups, that the majority of Jewish communal institutions in the country are on the verge of closure due to the financial crisis gripping the country.

Many members of the Greek Jewish community are now unemployed and falling below the poverty line, and some 70 elderly members of the community require financial support to pay for basic necessities such as food and shelter.