Customs Offices to Open in Gökçeada and Bozcaada Islands 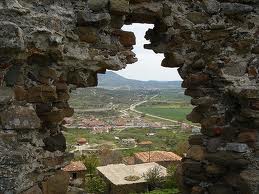 The decision of the Turkish government to open customs offices on the islands of Gökçeada and Bozcaada was welcomed by the people of the two islands.

The unions of Gökçeada have described this development as highly positive for their local communities.

The two islands will now become entry points between Turkey and Greece and Europe. Goods, people and services will be transported more easily now to and from Turkey.

“This is the gratification of a yearlong demand of the people of the two islands, which concerned the direct connection of their homeland to Greece and abroad by air or sea” read an announcement of the islands’ unions.

The customs offices will come under the new Regional Direction of Customs Offices and Commercial Zones in the West Propontis, based in Tekirdağ.

Regeneration of Iconic Faliro Bay in Athens Gets Green light