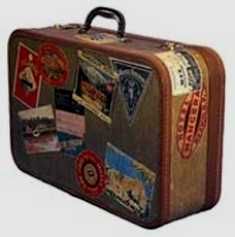 Australia is a popular destination for Greeks because of its substantial Hellenic population. Melbourne claims to be the largest Greek city in the world outside of Greece. They came mostly in the 1950s and 60s, leaving behind the hardships of postwar Europe. But in the 1970s many returned to Greece after the junta fell and it is estimated there are about 100,000 Greek Australians living in Greece now.

The Guardian says that two generations are expected to be lost as a result of Greece’s great economic crisis. The new diaspora, say experts, will almost certainly comprise younger Greeks who are well-educated and multilingual but are no longer able to survive in a country whose economy is in free-fall, partly because of the biting austerity measures Greece has been forced to apply in exchange for aid.

As well as the large Greek community, the Australian economy is also a draw card. Unemployment is just 5% and growth is predicted by the OECD to be 4% in 2012.But visa standards for entry into Australia are stringent.

Certain professions are favoured by the Australian government, including health workers and engineers. Applications for skilled visas can take months to complete and are no guarantee of work once you arrive, unless you have been sponsored by an employer.