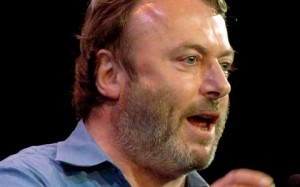 Christopher Hitchens, a slashing polemicist in the tradition of Thomas Paine and George Orwell, trained his sights on targets as varied as Henry Kissinger, the British monarchy and Mother Teresa, wrote a best-seller attacking religious belief, and dismayed his former comrades on the left by enthusiastically supporting the American-led war in Iraq.  He died on Thursday in Houston at the age of 62.

Vanity Fair magazine announced the cause of death as pneumonia, a complication of esophageal cancer.  Hitchens passed away at the M. D. Anderson Cancer Center. Mr. Hitchens, who lived in Washington, learned he had cancer while on a publicity tour in 2010 for his memoir, “Hitch-22,” and began writing and speaking on television frequently about his illness.

Born in postwar Britain, in 1949, Hitchens was sent as a young child to boarding school and subsequently went on to Oxford University, graduating with a third-class honours degree. From university, Hitchens secured his first post in the New Statesmen and was brought to Greece as a young man under unfortunate circumstances.

His work took him to Northern Ireland, Greece, Cyprus, Portugal, Spain and Argentina in the 1970s, generally to shine a light on the evil practices of entrenched dictators or the imperial machinations of the great powers.

Throughout the 1970s, Hitchens worked extensively as a journalist covering unfolding events, in then volatile Cyprus, while also writing for the New Left Review. He wrote the acclaimed book on the 1974 Turkish invasion, Cyprus: History to Hostage.

Hitchens was once married to Cypriot Eleni Meleagrou and fathered two children with her.  His links with Greece and Cyprus were strong and extensive.