GRNews
GreekReporter.comGreek NewsGreek Artist Says US and Allies' Hostility Towards Iran it to Safeguard... 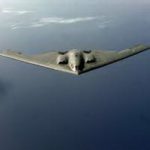 Renowned Greek artist Plao Akaterina said on Monday that the US and its allies’ hostile attitude towards Iran is aimed at safeguarding Israel.

The Greek artist who was speaking with IRNA in an exclusive interview added, “The regimes of Arab allies of the US and Israel’s fiends and supporters are collapsing one after the other in the course of popular uprisings, or are on the verge of collapse.

He added, “This has frightened the west and they are worried lest Israel (the Zionist regime), too, would face the same fate, which is one reason why the westerners observe hostility against Iran.”

Akaterina also said, “On the other hand, the Islamic Republic of Iran’s advancements in various scientific fields and your country’s access to modern sciences is another cause for the west’s fear and hostility against Iran, and therefore, resorting to phony pretexts they begin plotting against Iran and aiming at striking the civilized Iranian nation.”

He stated, “Yet, I believe these naughty moves would thanks to the alertness and wisdom of the Iranian nation, all face defeat one after the other.”

Moreover Akaterian added, “Despite the sanctions, the Islamic Republic of Iran has relying on the capabilities of its youth achieved noticeable advancements in scientific and technological fields, and this is very infuriating for the west, led by the United States.”

Elsewhere in the interview the Greek artist referred to the futile nature of the US and its allies’ imposed sanctions, arguing, “Iran is a powerful country with rich natural, God given resources and enthusiastic, creative youth, which are good reasons why your country is needless of the west, but the west on the other hand needs Iran.”

Akaterina at the end advised the west to end observing hostility against the civilized Iranian nation that has the glorious record of a 2,500 year history and culture, and instead, try friendship and cooperation with Iran, which would be to their own benefit in the first place.