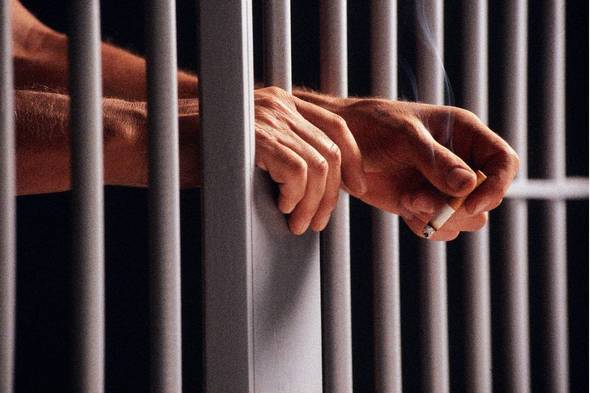 Inmates at Greece’s largest jail have released four women and several other visitors and at least one prison guard following a failed escape attempt by a convicted murderer and members of an anarchist group, a lawyer for several of the convicts said.
Frangiskos Ragoussis, lawyer for convicted murderer and racketeer Panagiotis Vlastos and also for several convicted members of armed anarchist group Conspiracy Nuclei of Fire, confirmed the release of the women who were trapped in the visitors’ area when the inmates attempted to escape. Ragoussis told reporters outside the prison that he was prevented from going in to meet his clients by a prosecutor. Michalis Nikolopoulos, a Conspiracy Nuclei of Fire member, has told Antenna private TV station that up to 25 visitors were inside, although prison authorities claim the number was around 15.
The hostage was taken after Vlastos staged a failed escape attempt. Suspected members of an armed anarchist group Conspiracy Nuclei of Fire were also involved in the failed escape attempt. Riot police cordoned off streets outside the prison.
Having staged two previous escapes from Greek prisons, Vlastos, 41, is currently on trial at a special courtroom set up inside the prison accused of ordering the kidnapping of shipping tycoon Pericles Panagopoulos. The trial is the reason Vlastos was transferred to Korydallos prison from another jail in central Greece.
Panagopoulos, who made his fortune in the cruise and passenger shipping business, was kidnapped in January 2009, allegedly on the orders of Vlastos. Panagopoulos was released eight days later after his family paid a €30 million ransom to the kidnappers, most of whom were arrested later. Vlastos has been involved in racketeering and other criminal activities from a young age and he first caught the public’s attention in the 1990s as a result of a turf war with other crime families, during which he lost one of his two brothers. His other brother was killed in a shootout with police in 1998, during Vlastos’ capture from his first escape from prison. Korydallos, a maximum security prison located in a suburb west of Athens, has seen several escapes, the most spectacular of which were the two escapes by helicopter staged by convicted criminals Vassilis Paleokostas and Alket Rizaj in June 2006 and February 2009.
(Sources: AP,Newsit)