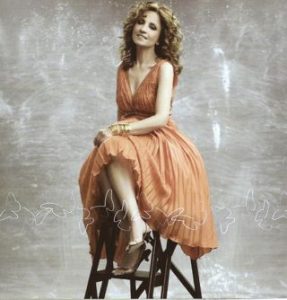 The amazing Greek singer Glykeria is due to give three performances for audiences in Sydney, Melbourne and Adelaide. Glykeria has had a career of 30 years and has collaborated with many significant singers, among them George Dalaras.

Glykeria was born in Serres and started her career in Athens in 1974. Her big success began with her fist release ”Ta Smyrneika”. This album includes traditional songs from Asia Minor.

She kept singing from the heart with a tone of sweet melancholy. Glykeria has fans all over the world such as in Turkey, Israel, Canada, France.

The Geek singer will be performing at the Krystal Function Center in Adelaide on September 24, at New Pavillion in Melbourne on October 1, and at Cyprys Club in Sydney on October 2.