Two ways to be Greek? 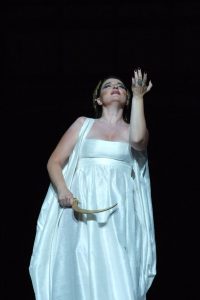 Having lived abroad for a decade or two (or three plus…) gives us Greek-Americans a whole new concept of Greekness or Greek identity and what it all means to be a Greek descendent or to just be Greek. As far as we are concerned, Greece is idealized, both as a country and as an ideal. To us, being Greek means being passionate, straight-forward, brave and above all pettiness.

Greeks who never left Greece -other than on a shopping trip to London, Paris, Munich or Milan where cousin Maria or best friend from High School, Spyros, was studying- however, think differently.

Taking Greece for granted is a problem for modern Greeks who never left Greece. It creates two contrasting Greek identities. That of Palamas, where Greece is an ideal of a country, and that of Seferis, who wrote: ‘No matter where I travel, Greece hurts me’. Seferis’ view of Greece was powered by the same pain felt by a lot of internationally renowned Greeks once Greece acts like a spoiled child towards them. The most current example of this highly disfunctional behavior is no other than the way the Lyric Opera House treated the internationally recognized Verdi soprano Dimitra Theodossiou.

Prime ministers around the world bring Ms Theodossiou flowers, crowds of fans gather outside the Scala in Milan just to catch a glimpse of her walking by, groups of opera fanatics travel through continents to avoid missing one single premiere of hers -and mind you, there’s a great big deal of those these days- international joyrnalists and opera critics name her the new Maria Callas, but the Lyric opera house in Greece just decided she shouldn’t sing Nabucco at Herodium theatre this year because she’s ‘too expensive’. Nope, us Greeks who live in Greece prefer people who are able to sing (or perform in any way) at a moment’s notice,  make no plans and have no life or serious carreer. We prefer mediocrity cause this makes us feel safe, unchallenged, idle and on the sidelines of things, life, the world.

Is this really where we want to be, though? Greece gave birth to philosophy, art, science, architecture, medicine,  just to name a few, do we really want to stay on the sidelines and just drag ourselves behind others?