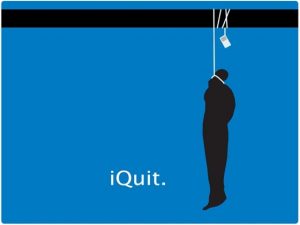 Researchers said on Friday that suicides rates rose sharply in Europe in 2007 to 2009 as unemployment rates rose, too due to the financial crisis.  The worst hit countries such as Greece and Ireland are seeing the most dramatic increases.

According to an initial analysis of data from 10 European Union (EU) countries, rates of road deaths fell during the same period, possibly because more and more jobless people used their car less, as fuel prices rose sharply over the last months.

“Even though we’re starting to see signs of a financial recovery, what we’re now also seeing is a human crisis. There’s likely to be a long tail of human suffering following the downturn,” said David Stuckler, a sociologist at Britain’s Cambridge University, who worked on the analysis. “We can already see that the countries facing the most severe financial reversals of fortune, such as Greece and Ireland, had greater rises in suicides,” he added.

“We want to understand better why some individuals, communities, and entire societies are especially vulnerable, yet some seem more resilient to economic shocks,” researchers stated.

From the analysis of the data, Stuckler and colleagues found that suicide rates were up 17 percent in Greece and 13 percent in Ireland. ”Unemployment increased by 2.6 percentage points — a 35 percent relative increase — between 2007 and 2009 across the EU as a whole”, they said.

Among the 10 countries studied -Austria, Britain, Finland, Greece, Ireland, the Netherlands, the Czech Republic, Hungary, Latvia and Romania -only Austria had fewer suicides in 2009 than in 2007, with the rate down 5 percent. In all of the other countries, the increase was at least 5 percent.

Stuckler said that overall, the death rates from suicides may have been higher than before but appeared to be balanced out by the lower fatalities on the roads, especially in new EU member countries where they were initially very high.