GRNews
GreekReporter.comGreeceIt's for Real; State Finally Puts its Companies and Assets on the...

It's for Real; State Finally Puts its Companies and Assets on the Market 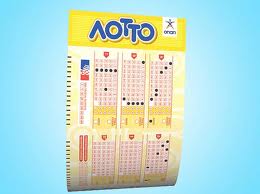 Whether the Greek people have fallen for the State’s plans to privatize its companies and assets hook, line and sinker remains to be seen. However, this is no garage sale we are talking about, nor is it our favorite Monopoly game where we can buy or sell property and utilities, pass GO and collect 200, refilling our wallets.
This political game, involves selling off the crown jewels of Greece to the highest bidder. The rules are simple, to pay off the country’s crippling debt, the ports of Piraeus and Thessaloniki, the national lottery, Greek Telecom, the postal bank, the Athens Intrernational Airport, national gas company and the national railway system all come under the hammer. The winners in this game are the new players who take part; the wealthy investors from Germany and the other large European powers who end up purchasing the crown jewels for a hefty discount.
To be fair, the overall privatization program is a good deal for Greece. When completed, it should have put 50 billion euros in the state’s pocket by 2015. As we speak, the government is waiting for the largest Greek banks to undertake the assessment of the state property, so as to prepare it for the upcoming tenders. But to put the cat among the pigeons; Why can’t the game have another more significant rule, stipulating that companies and assets can only be sold to a Greek national or someone from a Greek background? Why let a great nation lose its sovereignty and no longer be owned by the Greeks?