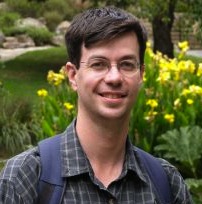 Despite being thousands of years old, ancient Greece is anything but dead, according to the Honorary Fellow in Melbourne University’s Centre for Classics and Archeology, Dr. Christopher Gribbin (photo).
“There’s something I find really invigorating about the Ancient Greek culture,” Dr. Gribbin stated.
“It’s very alive, the emotions are out there.”
Next month, Dr. Gribbin is running one week of summer courses in ancient Greek philosophy, politics, culture and religion.  He says Greek Australians are encouraged to attend.
“One of the things I quite often enjoy about those people is that when I’m talking about things from Ancient Greece, they’ll say, ‘oh, we still do that!'” he claimed.
Dr. Gribbin said he’s run the course for several years now, and is expecting up to 25 people to turn up. For a course in the middle of January, that’s a pretty good turnout.  Dr. Gribbin stated the courses he runs on ancient Greece generally attract strong numbers.
“I think the Greek ways of looking at the world, the Greek stories, the Greek myths, the Greek philosophers, I think these do have a strong resonance in our culture,” he said.
The University of Melbourne’s Classics Summer School runs from January 10-14th.  Each course runs for around two hours. For more information and to register, email: [email protected] or visit:
[email protected] and: www.cca.unimelb.edu.au/community/summerschool”
(source: neos kosmos)