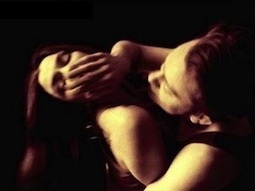 A severe case involving two women of Greek origin is being tried the next few days in a courtroom in Sydney.  The accused are two men who allegedly sexually abused the two women during a “false worship”.  The women believed they were going for an exorcism but in reality they were sexually abused.  The alleged perpetrators are 40 year Thanassis Psychogios who resides in Sydney and is a married father of three. The second is 62 year old Anthony Gkolosian.  The men were charged with a number of categories which include intercourse without consent and sexual assault.

According to police in court, one of the victims, a 23 year-old woman, stated that she had been blindfolded and was told that the exorcism including making love to an angel.  Gkolosian behaved as a “spiritual” and was the first to have sex with her.  In some of the “prayers” when the victim did not want to make love, she would hear a “devilish voice” that told her: “I am trying to help you break the spell that I put on you.  This is a dream.”  The acts occurred various times in Sydney hotels.  Gkolosian told the woman that she must have sex with the spiritual and that the process had to be filmed to “resolve the spell”.  He threatened her by saying that her sister would not return home that night if she did not obey him.  He ordered her to make offensive comments on camera about Psychogios’ wife Frances.  Gkolosian who identified himself as “King Rasul”, told her that if she was crying and seemed upset he had to redo the erotic scene until she obeyed him.  In certain instances, Gkolosian was said to have asked the victim to find another man and woman so that they can all have intercourse together.

During the trial the jurors were shown the videos of the sexual acts that took place. The woman looked happy and showed that she agreed to what was happening, but in reality she was following instructions to repel the curse.   She did not want anything bad to happen to her sister.  The accused Psychogios claimed that Gkolosian told the woman to throw the videos in the lake to release the spell.  They did but police later found the videos in Psychogios’ home and he stated that the woman were given a fake video.

Several days after “the ritual”, the woman’s husband received a message on his cell phone with pictures of his wife having sex with other men and he left her.  She was 6 weeks pregnant.  The pictures were sent from a cell phone that Gkolosian had access to.

The police testified in court that the second victim was raped three times during the “prayer”, when a demonic voice commanded her to make love with the defendant if she wanted to thank the angels.  After each “prayer” the woman told her husband that thinks she had been raped, but he reassured her by saying that it was a bad dream.  The husband believed the defendant who asked him to pay $50,000 to be forgiven for his sins as child.  According to the indictment, the defendants acquired thousands of dollars.  Initially the victim told police that the sexual relations were with her consent because she was “very stressed.”  The woman stated that she thought that someone from the Greek community of Sidney was using black magic, and had cursed her and her family.  She believed that something really bad was going to happen if she didn’t get exorcised.  She was ashamed that she was deceived in this way.

“The evidence against defendants is overwhelming. The defendants planned, with much detail, the deception of their victims, “said policeman George Lolis.

According to the indictment, defendants hypnotized the two women.  They tied their eyes and sexually abused them during a “prayer”, which was meant to exorcise the curse and release evil spirits.