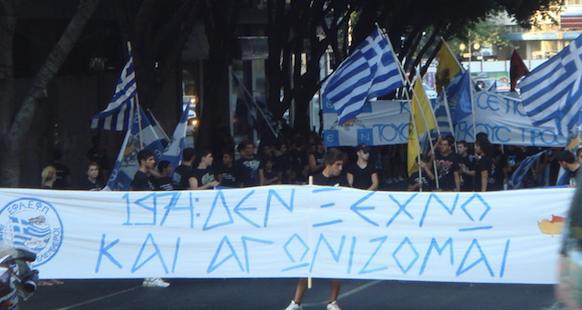 By Paris Stylianides – A huge anti-occupation demonstration was held on Tuesday, July 21st, at the Ledra Pallas check point. The Cyprus youth demonstrated against the continuing occupation of the island, against the bi-zonal, bi-communal federation which is being discussed, against the Christofias government concessions. It was the biggest demonstration in recent years with thousands chanting various slogans. The demostration sent a strong message to everyone in and outside Cyprus. This event showed that the Cypriot youth will accept nothing less than Freedom, Universal Human Rights and the rights of every European citizen. The only solution is the removal of all Turkish troops and settlers from Cyprus. Anything less will not be accepted by the Hellenic youth of Cyprus who are ready to stop anyone who will ‘sell this island to the highest bidder’.

One hundred and thirty-two years ago, in October of 1888, Athens' iconic Zappeion Megaron first opened its doors to the public.
Agriculture