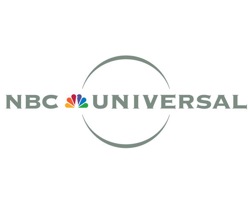 NBC Universal Global Networks will today launch one of its most successful channel brands for the first time in Greece with Universal Channel debuting exclusively on Conn-x TV, the IPTV platform of OTE, one of the leading telecom groups in South-eastern Europe.

The move is part of NBCU Global Network’s ongoing global channels expansion and central to the company’s objective, led by Roma Khanna, President, Global Networks & Digital Initiatives, to grow to almost 100 channels internationally in 2010. Khanna commented, “The launch of Universal Channel in Greece is a landmark step forward in fulfilling the comprehensive international growth program of NBC Universal Global Networks. We are really pleased to deliver further on our growth plans by introducing one of our exciting channel brands to Greek viewers for the first time.”

The launch night premieres the blockbuster The Day after Tomorrow (starring Dennis Quaid and Jake Gyllenhaal), Sanctuary – premiering for the first time in Greece, Law & Order – one of the most successful prime time TV brands, and the US smash hit series Eureka.

Universal Channel will show a range of world famous TV series which will be seen for the first time on Greek TV. This includes the fast paced real life entertainment series Flipping Out, the adrenaline charged Flashpoint, and the wickedly funny Nurse Jackie. Also showing are the critically acclaimed NBC series 30 Rock, the cult series The Office, the hit comedy series My Name is Earl, and Emmy award winning Malcolm in the Middle.

Before the breakout of the War of Independence, Alexandros Ypsilantis decided that the first blow against the Ottomans should be outside Greece
Crime

A Greek prosecutor called for convicted terrorist Dimitris Koufontinas to be forced-fed as he entered the 47th day of a hunger strike.
Cyprus