Greece has emerged as an exporter of electric power to its neighbors in Southeast Europe in the last few months.

The country has become a net exporter – rather than importer – of electricity, according to the Independent Power Transmission Operator (ADMIE), Greece’s national grid operator.

Monthly data show that Greece was a net exporter of electricity in three months this year, including in the two consecutive months of July and August. At the same time, net electricity imports have fallen by almost half compared with a year earlier and are at their lowest levels since 2013.

Energy analysts say this is marking a profound transformation in the country’s energy balance and giving a boost to Greece’s long-term ambitions to become a source of clean energy to the region. 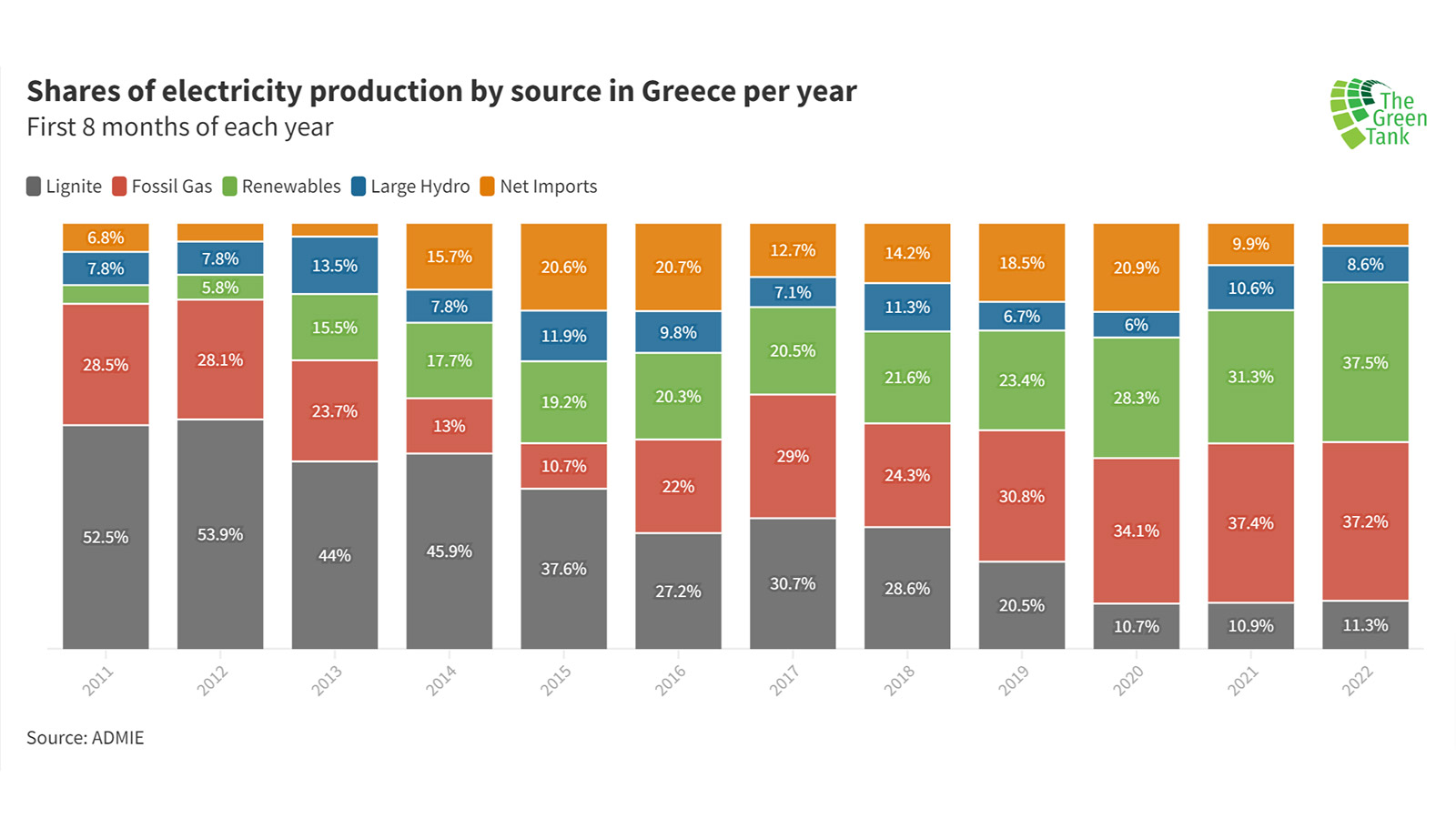 The change reflects the rapid and ongoing development of Greece’s energy sector in the last several years, particularly the billions of euros that have been invested in power generation, renewable energy, and transmission infrastructure.

To enhance its role as an energy hub for the region, Greece is proceeding with a series of cross-border power projects including with Cyprus, Israel, Bulgaria, North Macedonia, Italy and Egypt.

Collectively, these projects will leverage Greece’s geostrategic position by allowing it to export power to its neighboring countries in Europe and also act as a hub for power generated elsewhere in the region.

Greece connects with the power grids of Cyprus and Israel

The most prominent of these projects is the €2.5 billion EuroAsia Interconnector, which will connect Greece with the power grids of Cyprus and Israel.

Construction on the project was inaugurated earlier this month, with the cable expected to be in operation by 2028. A similar connection is envisioned with Egypt and earlier this year the two countries signed an agreement to develop the project.

Earlier this month and for the first time ever, Greece covered all of its electricity demand in key daytime hours entirely from renewable sources.

On Friday, 7 October, for a period of around five hours, the country ran entirely on renewable power, reaching a record high of 3,106MWh at eight o’clock (GMT).

This is a major milestone for Greek energy according to ADMIE since ”For the first time in the history of the Greek electricity system, the demand was covered 100% from renewable energy sources.”

According to The Green Tank, an environmental think tank, electricity produced from renewable energy sources and hydropower covered 46.1% of total electricity demand in the first eight months of the year.

Green Tank called it, a “record of optimism for the country’s transition to clean energy, weaning off fossil fuels and ensuring our energy sufficiency.”

Electric power link from Greece to Austria and Germany

Greece has also proposed a power link to Austria and Germany that would transport renewable energy.

“We have already submitted a proposal to Austria, to my Austrian counterpart and my German counterpart to build a power interconnection to link Greece with Austria and further with southern Germany,” Energy Minister Kostas Skrekas announced at a renewable energy conference in Athens recently.

Skrekas said that the cable, which would run through Albania and other Balkan countries, would have an initial capacity of three gigawatts that could be ramped up to nine gigawatts.