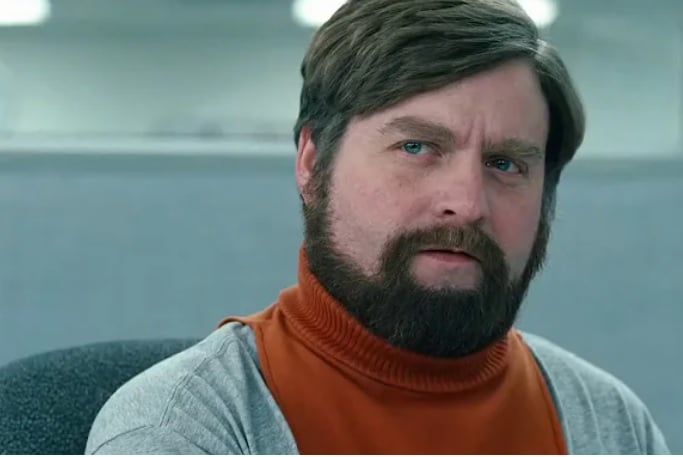 Zach Galifianakis was spotted on Crete, his grandparent’s homeland, where he became the godfather of his niece at a church ceremony in Chania on Sunday.

The American actor, comedian, and screenwriter is a second-generation Greek, originally from Heraklion.

He rarely visits Greece. Nea Kriti says that the first time he visited Crete was when he was fourteen years old, and he has visited only once since then.

Galifianakis was born in Wilkesboro, North Carolina, on October 1, 1969. His mother is of Scottish-Irish heritage while his paternal grandparents were Greek immigrants from Crete. He was baptized in his father’s Greek Orthodox faith.

In August 2012, Galifianakis married Canadian charity worker Quinn Lundberg at the UBC Farm in Vancouver. They have two sons together: one born on September 7, 2013 (Galifianakis skipped the premiere of his film Are You Here to be at the birth of his son) and another born on November 7, 2016.

Galifianakis owns a farm in Sparta, North Carolina and splits his time between the farm and his work. He said, “My farm is a place that I get to think clearly and pretend to know what I am doing.”

Galifianakis currently hosts the Funny or Die website talk show Between Two Ferns with Zach Galifianakis. He starred in the FX series Baskets and was nominated for the Primetime Emmy Award for Outstanding Lead Actor in a comedy series in 2017.

In January 2014, Galifianakis and his Night of a Thousand Vaginas co-star, Sarah Silverman, announced their intention to raise $20,000 to help fund the Texas Abortion Fund, part of a nationwide network of funds set up to assist women in obtaining abortions in states whose legislatures had placed restrictions on the practice.

The fundraiser was set up in response to the passage of Texas H.B. 2, which established several restrictions that forced a majority of the state’s abortion clinics to close.

Galifianakis befriended Marie “Mimi” Haist, a homeless woman in her 80s who had been living in a Santa Monica laundromat for eighteen years and bought her an apartment across the street from the laundromat. The story was revealed in the 2015 documentary Queen Mimi.