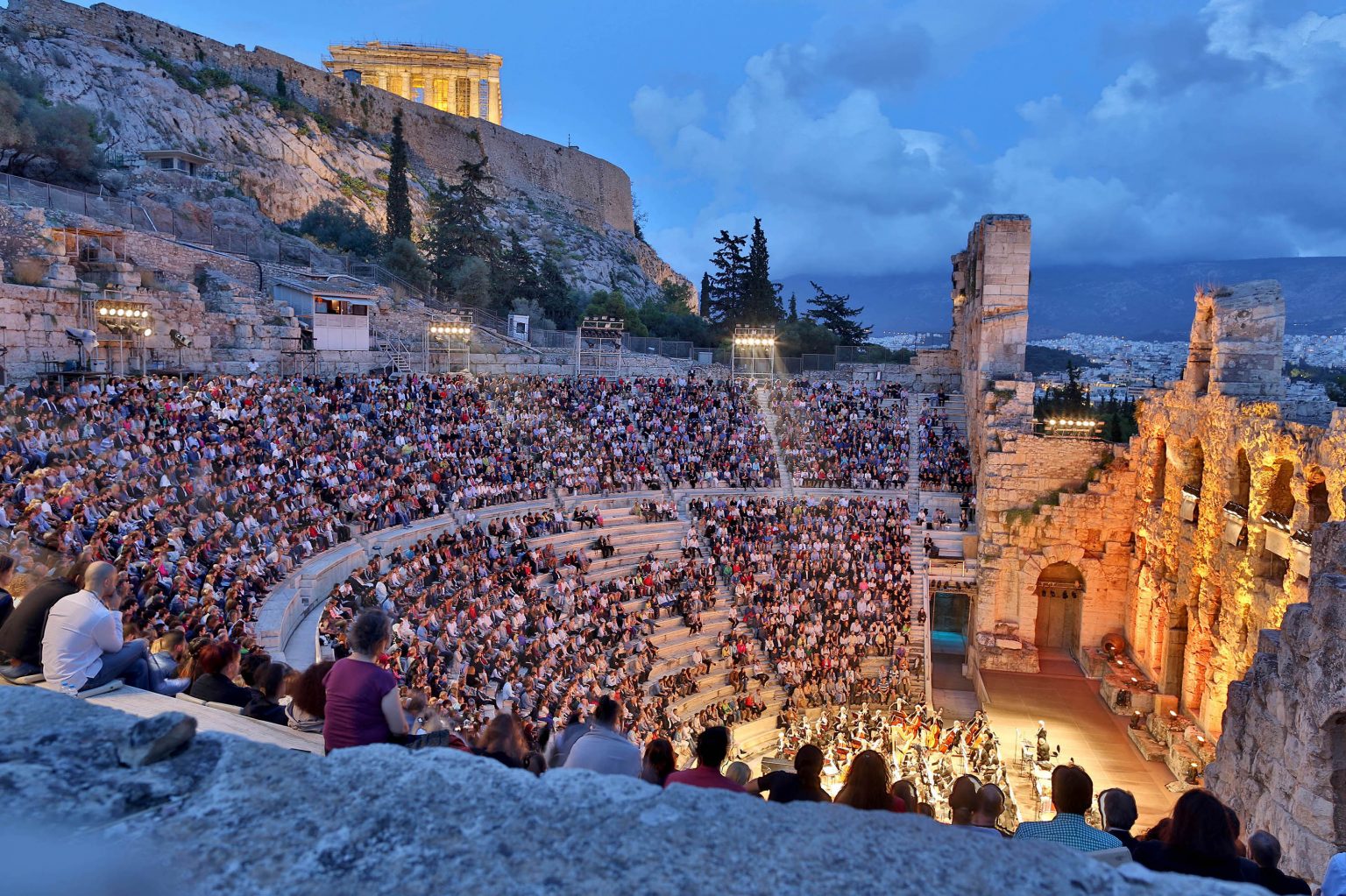 Canadian jazz diva Diana Krall will be offering all net proceeds of her upcoming concert at the ancient Odeon of Herodes Atticus in Athens to local blood cancer charity Aurora, which organized the event.

The multi award-winning singer, pianist, and composer was invited by Aurora to support their cause, as she had lost her mother, Adella, from multiple myeloma, a type of blood cancer, in 2002.

“This is our first fundraiser event and we were looking for a great artist who would also be really able to understand what the patients and their families go through,” Aurora’s founder, Clemente Pinedo, who lost his Greek wife to blood cancer, said in a press conference attended by Greek Reporter.

“We couldn’t have had a better ambassador to speak with her voice about our cause, because Diana Krall has also felt what it means to lose a loved one to blood cancer,” he pointed out.

The charity concert, scheduled for June 30, 2022, will kick off Krall’s European tour. It is her third performance at the prestigious open-air venue, which sits beneath the Acropolis of Athens.

The three-time Grammy winner, who has sold more than 15 million albums worldwide, had previously performed at the Athens and Epidaurus Festival, whose main venue is the Odeon of Herodes Atticus, in 2006 and 2013.

“We had the opportunity to host Diana Krall at the Festival twice before. Her concerts were amazing, so I highly recommend everyone to attend this third one. Diana Krall is amazing at what she does, the way she does it, this environment suits her perfectly, and of course this particular concert also serves [a] wonderful purpose,” the Festival’s director of communication, Maria Panagiotopoulou, told journalists.

The annual Athens and Epidaurus Festival runs from June to September, hosted in two venues in Athens and two in Epidaurus. Numerous musical performances by world-class performers are scheduled each year at the Odeon of Herodes Atticus.

The Aurora charity was started by Clemente Pinedo in 2018, when he came to realize the multiple challenges faced by blood cancer patients in Greece, especially those in need of bone marrow transplant operations.

“They need to leave their houses, stop working, and cover a huge cost during a period of at least [four to six months] to live near the hospital for monitoring and follow-up,” Pinedo explains.

That explains why Aurora’s first move immediately after its setup was to buy and equip two apartments to host blood cancer patients for the duration of their hospital treatment with all maintenance costs covered.

According to the director of the blood cancer unit of the Evangelismos public hospital in Athens, Dimitris Karakasis, his team treats about seventy inpatients and seventy outpatients per day. it has been 31 years since the unit began its fight against blood cancer, during which time it has conducted over 1,500 bone marrow transplant operations.

Using funding provided by Aurora, the unit’s lab was able to upgrade its technological infrastructure to the necessary standards for getting accredited to deliver CAR-T lymph cell treatments. More than thirty patients received the treatment in Evangelismos within the first two years of implementation.

“Our job is difficult, but it has become significantly easier in the past four years, thanks to Aurora being close to us,” Karakasis told journalists.

“The apartments bought by Aurora for our transplant patients’ stays are constantly full,” Karakasis said, and “Aurora has also organized the counseling and psychological support, housed in the hospital premises.”

He added that “Even the smaller things they have offered…such as a device which enables us to make our own chlorine, are very important for our work.”