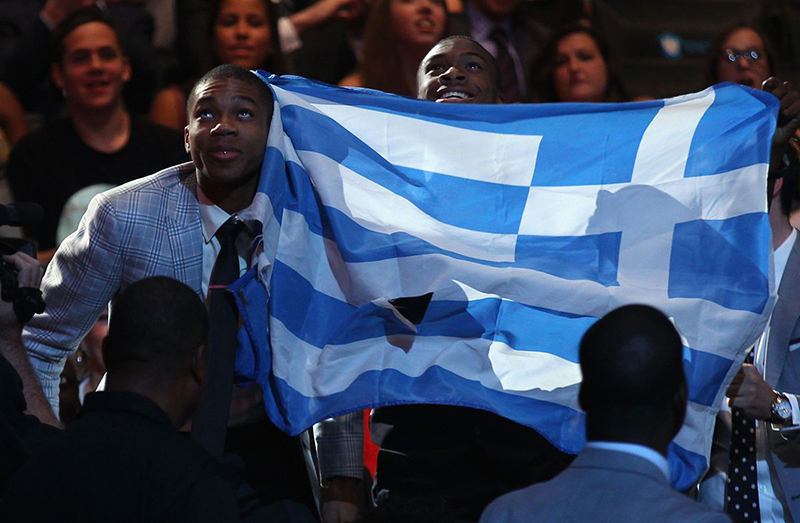 Zisis, joined by the director of the Greek national teams, Dimos Dikoudis, traveled to Milwaukee in March to meet with Giannis and Thanasis Antetokounmpo.

“We had the impression that he would be [100 percent] available [for Eurobasket]. This is something that he will decide, now that he completed his obligations at the playoffs, but I believe that his wish to be present is clear,” said Zisis.

We are waiting for him to rest up and have another direct contact with him so we can finalize his participation [in EuroBasket].

Giannis Antetokounmpo had commented on his Twitter account a few months ago that he can’t wait to play for Greece at the EuroBasket next September.

It was originally scheduled to take place between the 2nd to 19th September of 2021, but due to the COVID-19 pandemic and the subsequent postponement of the 2020 Summer Olympics to 2021, the tournament has been postponed to the 1st to 18th September of 2022.

The tournament will be co-hosted by four countries: the Czech Republic, Georgia, Germany, and Italy. The knock-out phase will be played in Berlin, Germany.

Greece was drawn into Group C. The national team will travel to Milan to compete with Croatia, Italy, Great Britain, Ukraine, and Estonia between September 2nd to September 8th.

He also played with Greece during their preparation phase for the EuroBasket 2017 but missed the tournament due to a knee injury. Most recently, Antetokounmpo represented Greece at the 2019 FIBA Basketball World Cup.

Born and raised in Athens to Nigerian immigrants, Antetokounmpo began playing basketball for the youth teams of Filathlitikos in Athens before joining the club’s senior team in 2011.

He entered the 2013 NBA draft, where he was selected by the Milwaukee Bucks.

In 2016 to 2017, he led the Bucks in all five major statistical categories and became the first player in NBA history to finish a regular season in the top twenty in all five statistics of total points, rebounds, assists, steals, and blocks.

He has received six All-Star selections, including being selected as an All-Star captain in 2019 and 2020, as he led the Eastern Conference in voting in these two years. He won consecutive NBA Most Valuable Player Awards in 2019 and 2020, joining Kareem Abdul-Jabbar and LeBron James as the only players in NBA history to win two MVPs before turning 26.

He was also named the NBA Defensive Player of the Year in 2020, becoming only the third player after Michael Jordan (1988) and Hakeem Olajuwon (1994) to win both awards in the same season.

In 2021, Antetokounmpo led the Milwaukee Bucks to their first NBA championship since 1971 and was named Finals MVP. The same year, he was honored as one of the league’s greatest players of all-time, being named to the NBA 75th Anniversary Team.