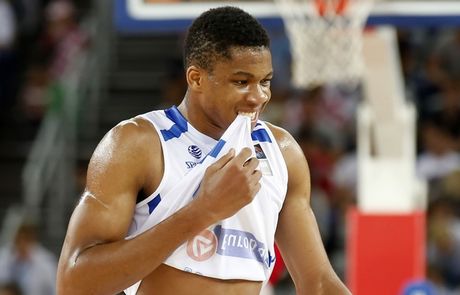 Having already recorded three straight wins in the tournament’s group stage, the Greek Men’s Basketball team secured the first place in Group C in the FIBA Eurobasket 2015 with a 83-72 victory over Slovenia.
The game was decisive for the fate of the group, as Greece and Slovenia were the first and second teams respectively, with a one point difference, prior to Greece’s victory.
The Greeks came on top in all four quarters, though Slovenia resiliently fought back in the third and fourth quarter and ultimately reduced Greece’s lead to just two points. However, the comeback never materialized.
In the next round that includes 16 teams, Greece will face the fourth team of Group D. That team is yet to be determined as crucial games for the group’s standings will be played later on Wednesday evening and on Thursday.
Greece’s final group game is against the Netherlands on September 10.