The world’s first permanent sanctuary for dolphins that have been rescued from captivity was founded recently by the Archipelagos Institute of Marine Conservation on the tiny island of Lipsi, south of Samos in the eastern Aegean.

The sanctuary, which is located in a small bay on the north side of the island, was created in the hope of providing these rescued creatures a safe haven to live out their lives, as well as to end the exploitation of the intelligent mammals in zoos and marinas around the world.

Once complete, the sanctuary will be of unique global significance as the first of its kind, providing both a veterinary clinic and rehabilitation center for sick and injured marine animals, such as dolphins, seals, and turtles. It will also function as a sanctuary for formerly captive dolphins.

The sanctuary will operate with a well-equipped care center, combining innovation with high standards of animal welfare, in a pristine and highly biodiverse bay located far out of reach of human interference.

The location of the Aegean Marine Life Sanctuary (AMLS) in the elongated, fjord-like gulf of Vroulia Bay provides safe shelter with minimal external interferences, natural waters with high biodiversity, and both shallow and deeper locations within an area many times larger than the largest dolphin pool.

The local community has welcomed the project, which involves not only the protected part of the bay but also a center providing veterinary medical care, research facilities, and an environmental information center.

Environmental organizations have repeatedly criticized the inhumane treatment of dolphins for commercial gain and entertainment; however, international law has prohibited the release of these animals out to the open seas.

The Archipelagos Institute’s sanctuary will assist in resolving this issue by offering a place where formerly-captive dolphins may now swim free.

Anastasia Miliou, the research director of the Archipelagos Institute of Marine Conservation, states that there currently are 2,913 dolphins in captivity around the world. 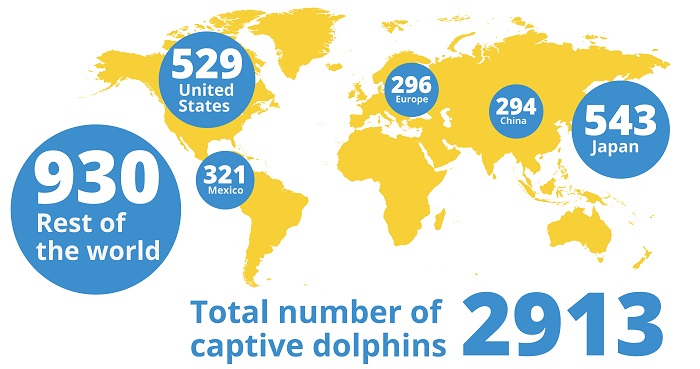 “We want them to be released, because it is scientifically proven that they have a high degree of intelligence and they are suffering in captivity,” she said, adding that the sanctuary at Lipsi will serve as a prototype with the view of developing similar centers around the globe.