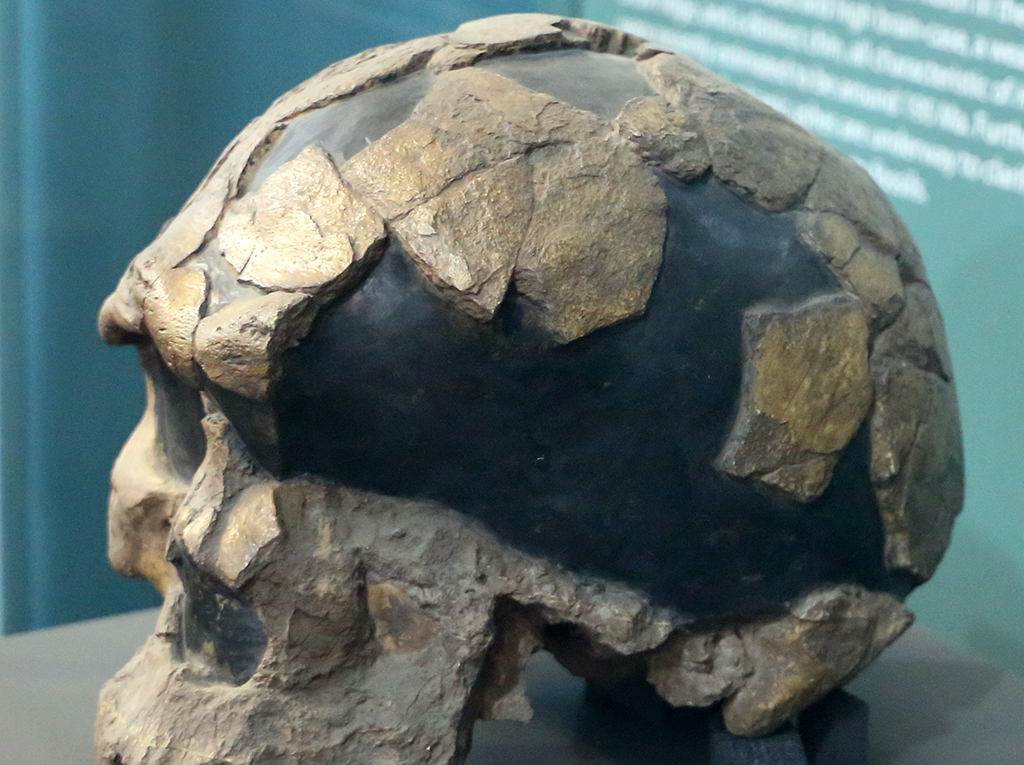 The scientists say that a volcanic eruption that occurred 233,000 years ago created a patina of ash on the sediment where the H. sapiens fossil was discovered.  The fossils, which include the fragments of a skull and various skeletal parts, were first recovered in 1967 in the Kibish rock formation adjacent to Ethiopia’s Omo River.

Celine Vidal of the University of Cambridge and her colleagues found that the layer of volcanic ash had a chemical fingerprint consistent with a crater roughly 350 kilometers northeast of where the fossils were discovered. Researchers believe an eruption released volcanic ash that then drifted to Omo.

New dating of the ash at the original crater site has yielded a new age estimate for the H. sapiens fossils. The team collected pumice rock samples from the crater and reduced them to submillimeter size in order to analyze them.

“Each eruption has its own fingerprint- its own evolutionary story below the surface, which is determined by the pathway the magma flowed,” Vidal said in a statement. “Once you’ve crushed the rock, you free the minerals within, and then you can date them, and identify the chemical signature of the volcanic glass that holds the minerals together,” Vidal added.

First known Homo sapiens outside of Africa were Greek

A partial skull found in Greece is the earliest evidence of the presence of H. sapiens outside of Africa, scientists have reported in this week’s International Journal of Science, Nature.

The team of researchers dated the skull to about 210,000 years old, which makes the skull about 150,000 years older than the oldest fossil of H. sapiens found in Europe and the third-oldest known example of modern humanity.

A second skull found in the same location was estimated to be at least 170,000 years old belonging to Neanderthals, a species widespread in Europe until 40,000 years ago, when H. sapiens took over.

The two skulls (named Apidima 1 and 2) were found together in the late 1970’s in the Apidima Cave which is located in the Peloponnese in southern Greece.
Initial attempts to age the skulls were inconclusive in part because the skulls were found wedged high in cave walls and may have been mixed by mudflow.

Greek researcher Katerina Harvati, Director of Paleoanthropology at the Eberhard Karls University of Tübingen in Germany, and her colleagues found the relevant skull fragments in a museum in Athens.

Both were recognized as being human fossils of some sort, but had not been dated or properly analysed. Dr. Harvati and her team have now done so, using computer reconstruction, a technique unavailable to the original finders.