GRNews
GreekReporter.comGreek NewsPresident-Elect Biden Calls for Unity, Will be President "For All Americans"

President-Elect Biden Calls for Unity, Will be President “For All Americans” 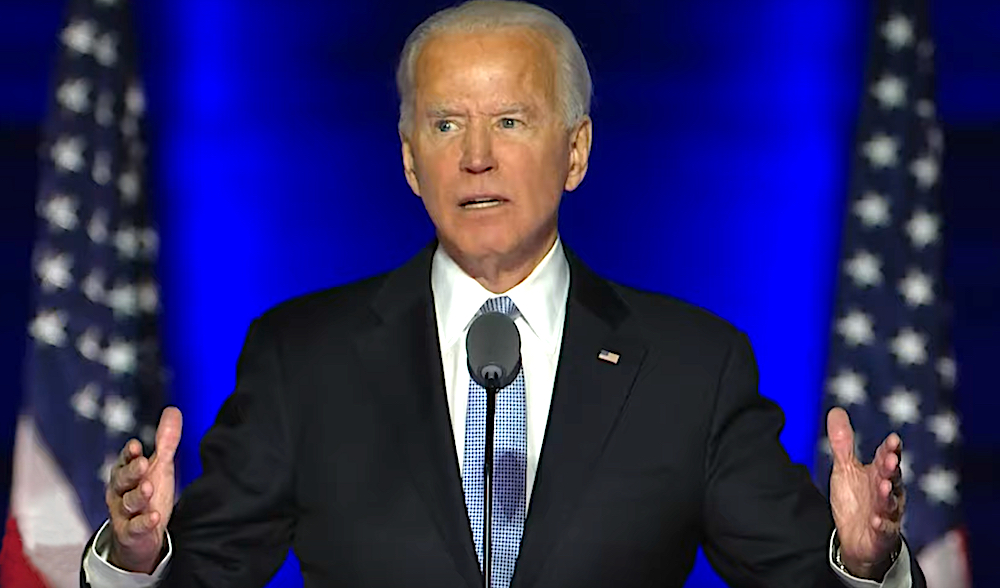 In his victory speech in Wilmington, Delaware on Saturday evening, President-elect Joe Biden called for unity in an increasingly divided country.

After jogging onto the stage wearing a mask, President-elect Biden, who received the most votes of a US presidential candidate in the country’s history, expressed his desire “not to divide, but unify” the country.

Known as a compromiser, President-elect Biden reached out to supporters of President Trump, who refuses to accept the results of the election and has spread baseless claims of voter fraud, stating “I understand the disappointment tonight. I’ve lost a couple of times myself. But now, let’s give each other a chance.”

Biden stated that he would not be the President for his supporters alone, but for all Americans, one who “doesn’t see red states or blue states, only the United States.”

President-elect Biden called for unity and compassion, announcing: “this is the time to heal in America,” and “to rebuild the soul of America, to rebuild the backbone of this nation, the middle class and to make America respected around the world again.”

As a first move, President-elect Biden announced that he will create a coronavirus task-force full of top scientists and doctors to combat the spread of the virus in the country.

Trump’s response to the virus has been criticized internationally, as the country saw astronomical rates of transmission and deaths with the virus.

Biden is also in the process of creating a cabinet, despite the fact the President Trump has not conceded nor called the President-elect to congratulate him on his victory.

Although not required, the concession of the incumbent is customary in the US, and signals grace and good will for the President-elect’s upcoming term.

After thanking poll workers and the American people, Harris stressed the impact of the moment on all girls and women across the country, especially African American women, who are “too often overlooked, but so often prove that they are the backbone of our democracy.”

Harris acknowledged the fight of civil rights leaders and suffragettes, as well as the memory of her mother, a biologist and breast cancer researcher from India, who paved the way for the historic moment.

In her speech, Vice President-elect Harris proclaimed, “while I may be the first woman in this office, I will not be the last, because every little girl watching tonight sees that this is a country of possibilities.”