By Anna Wichmann
October 30, 2020
Facebook
Twitter
WhatsApp
Linkedin
Email
Two high school students were killed during the powerful earthquake, measuring 7.0 on the Richter scale, which struck the Greek island of Samos on Friday afternoon.
Reportedly, the teenagers, a boy and girl, aged 15 and 17 respectively, were walking through an alleyway in the island’s capital city of Vathy just after the earthquake struck the island. As they were passing through the alley, on their way home from school, a wall from an old building collapsed on them.

One teenager is thought to have passed away before help arrived. After repeated attempts by emergency workers to resuscitate the other teen, she tragically passed away from her injuries.
Elsewhere on the island, another teenager, aged 14, was severely injured; he has been airlifted to Athens for treatment.
According to local press, eight people who sustained orthopedic injuries have been transported to the hospital in Samos. There are currently 11 people in the health center in the town of Karlovasi, located near the epicenter of the earthquake.
Although Turkish authorities recorded the earthquake at a magnitude of 6.6 on the Richter scale, and Greeks at 6.7, the United States Geological Society (USGS) measured it at a powerful 7.0.
It is not uncommon for measurements to differ just after an earthquake occurs.
The destructive earthquake caused a series of mini-tsunamis on the island, with residents capturing scenes of flooded roads and villages. Officials warn citizens to avoid coastal areas, as the risk of more tsunamis is high, and they can be extremely dangerous. 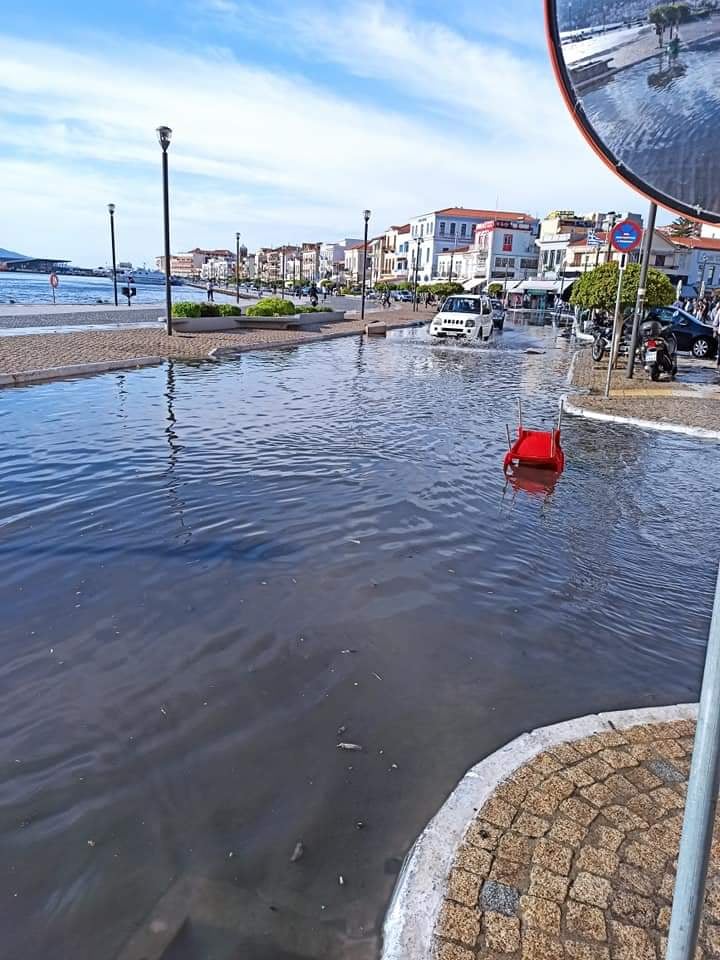 Destruction was widespread in the Turkish city of Izmir (Smyrna), where at least six deaths have been recorded. Officials estimate the actual number to be much higher.

I just called President @RTErdogan to offer my condolences for the tragic loss of life from the earthquake that struck both our countries. Whatever our differences, these are times when our people need to stand together.

Although the earthquake that struck the Aegean on Friday afternoon is thought to be the main tremor, many aftershocks are expected to follow in the hours after the quake. Many strong aftershocks have already been recorded.
These aftershocks can bring about more mini-tsunamis.
Scientists have warned residents of the island to be careful, and to avoid any damaged buildings and coastal areas.