By Patricia Claus
October 30, 2020
Facebook
Twitter
WhatsApp
Linkedin
Email
An earthquake with a magnitude of 6.7 on the Richter scale hit the island of Samos on Friday around the noon hour, leading residents to run into the streets and triggering a mini-tsounami.
Lasting for a prolonged time, the temblor was very shallow at a depth of only 2 kilometers (1.24 miles), and was felt just after noon all around the nation of Greece and western Turkey. 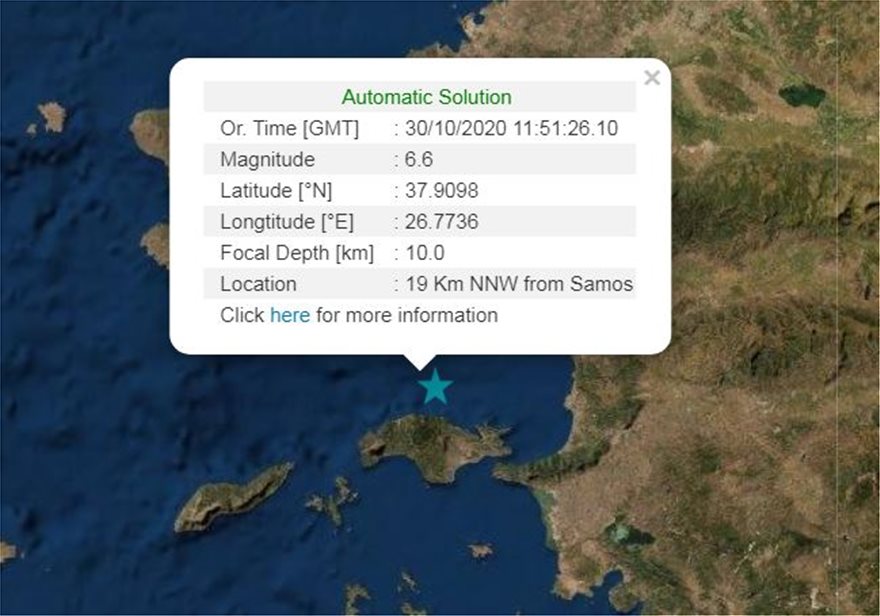 The epicenter of the earthquake, which jolted the entire nation, was on the island of Samos, just off the Turkish coast. However, the temblor was felt all the way west to the region of Attica and also on Rhodes, Syros, Crete and in other parts of the country. The coastal city of Smyrna, on the Turkish coast, suffered a great deal of damage, according to early reports.
On Samos some buildings were damaged, including a church. “People are panicking and have spilled out into the street,” Samos Deputy Mayor Giorgos Dionysiou said, describing “scenes of chaos” on the island.
Dionysiou confirmed that “numerous” buildings have been affected, with the worst of the damage being limited to older buildings.

Authorities on Samos are now assessing the situation.


A series of mini-tsunamis hit the island following the tremor. 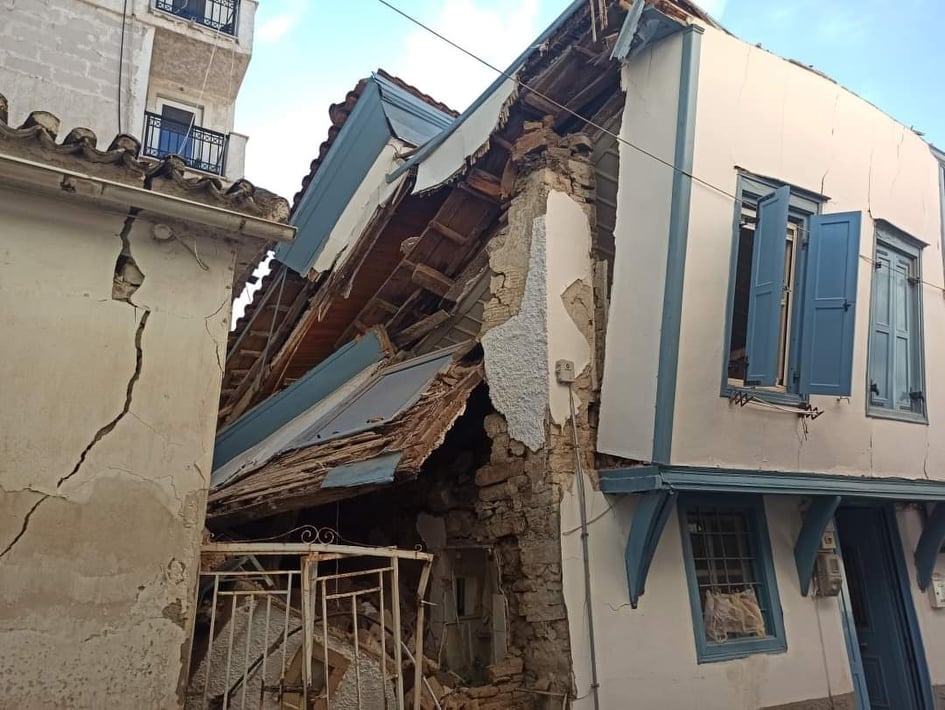 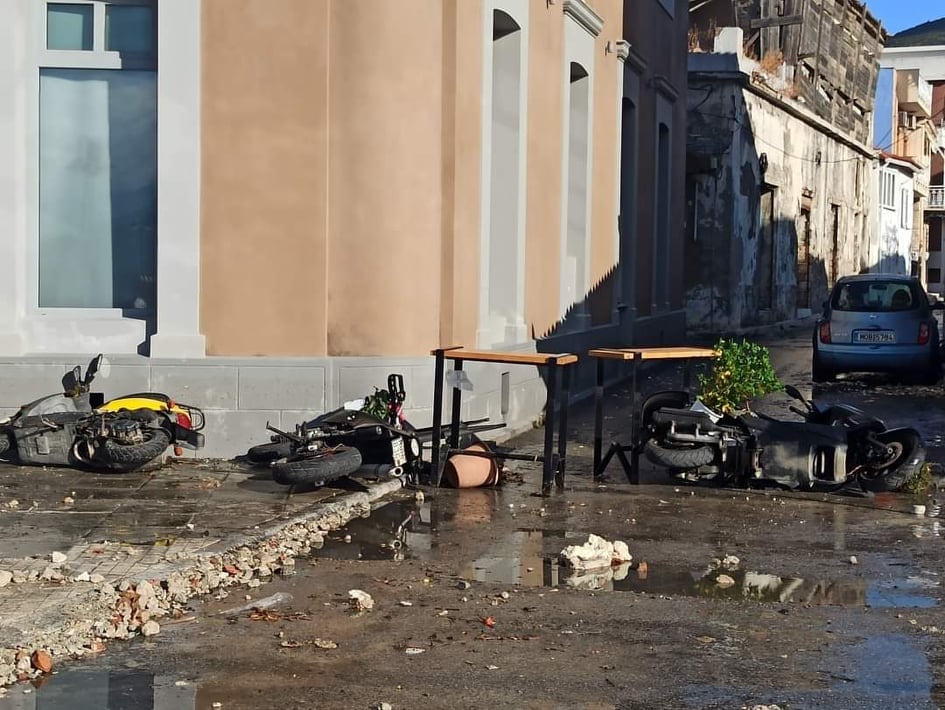 The mayor of eastern Samos, George Stantzos, speaking to Greek media, said that the authorities were attempting to “organize the situation, with all services, as much as we can. We are on the side of the residents. The next hours are crucial.”
Other media reports quote the mayor of western Samos, Alexandros Lymperis, as saying “We have a very strong earthquake as we learned 6.7 on the Richter scale, near us. In the center where I am, people have taken to the streets and fortunately they are calm.
“We are trying to stay close to the ground. We are all in the square and not inside buildings. I believe that in a little while we will have an assessment by the police and the services for any damages. The buildings seem to have endured.
He urged residents to stay calm during the situation, not only because the duration of the earthquake was long and that there had been damage to buildings, but because it was also expected that there would be aftershocks.
It appears at the present time that the majority of damages occurred in old homes in the towns of Pythagorio, Karlovasi and Vathy on Samos.
A large section of the Church of the Assumption of the Virgin Mary in Karlovasi has collapsed but the dome and most of the building remains standing. It is reported that no one was inside the building at the time of the quake.
The latest reports indicate that seven people in Turkey have lost their lives as a result of the quake.