GRNews
GreekReporter.comGreeceStefanos Tsitsipas Marches On to the French Open Semis

Stefanos Tsitsipas Marches On to the French Open Semis 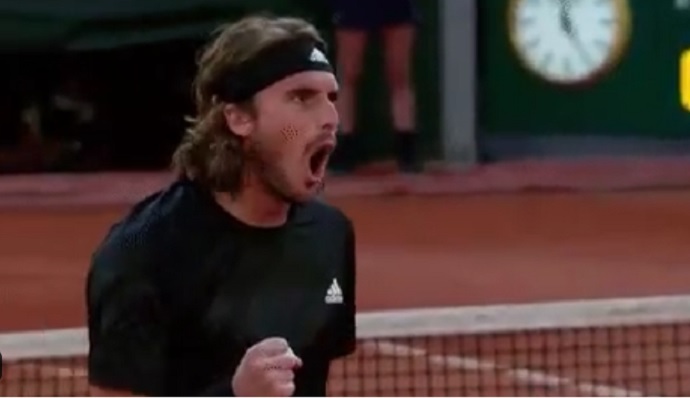 Greek tennis sensation Stefanos Tsitsipas on Wednesday brushed aside Russian Andrey Rublev by three sets to love to reach the semifinals of the French Open.
Tsitsipas, playing a gem of a game, won the match in Paris 7-6, 6-2, 6-3, booking a place in his second Grand Slam semifinal after the Australian Open last year.

"Playing here in Paris has always been joyful. I always dreamt of playing in the Court Philippe-Chatrier."

Tsitsipas is the youngest player to be ranked in the top 10 by the Association of Tennis Professionals (ATP) and has a career-high ranking of No. 5 in the world, making him the highest-ranked Greek player in history.
Tsitsipas is the reigning champion at the ATP Finals, and is the youngest winner of the year-end championships in eighteen years. He has won five singles titles and reached ten finals on the ATP Tour.