By Anna Wichmann
October 1, 2020
Facebook
Twitter
WhatsApp
Linkedin
Email
A new video game called “Hades“ thrusts players into the world of ancient Greek mythology through fast-paced gameplay, an engaging plot, and unbelievable design elements.
The game, released on September 17th by Supergiant Games on Nintendo Switch, PC, and Mac, has been one of the most highly-anticipated of the year. Within three days of its official release date, Hades sold over 1 million copies.
The story follows Zagreus, the son of Hades, as he attempts to flee the Underworld and reach Greece’s Mount Olympus.
Along the way, he encounters many iconic figures from Greek mythology. The game engages with its mythical sources, as players can engage in conversations with gods and goddesses which reflect events and relationships found in Greek mythology.

In order to reach Mount Olympus, Zagreus must take on a variety of mythical enemies. As an immortal, he doesn’t die when defeated, he just wakes up back where he started in the Underworld.
Even though this feature leads to a gameplay loop, in which players battle through the same stages, the conversations between Zagreus and other characters are never the same, making each escape attempt an exciting new layer to the story.
Certain abilities, weapons, and achievements are only unlocked after players start over again, so it’s to their advantage to play through the rich mythical world multiple times.
Along with its exciting combat and stunning character design, critics note that its structure and storytelling, centered around the immortal themes in Greek mythology, make Hades a contender for the title of best game of the year. 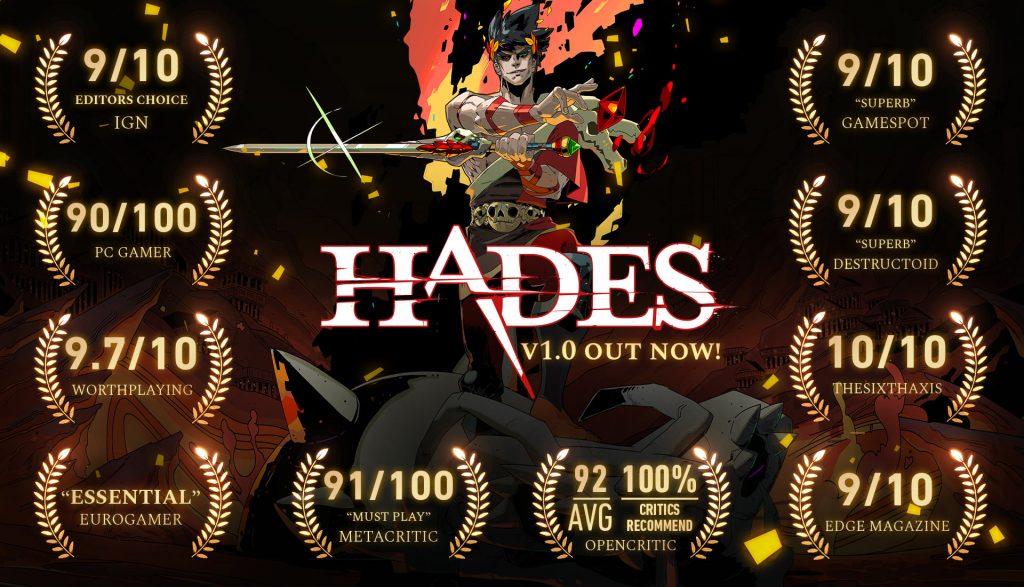