GRNews
GreekReporter.comentertainmentCelebritiesAntetokounmpo Puzzled as Shaq Tries to Congratulate him in Greek

Antetokounmpo Puzzled as Shaq Tries to Congratulate him in Greek 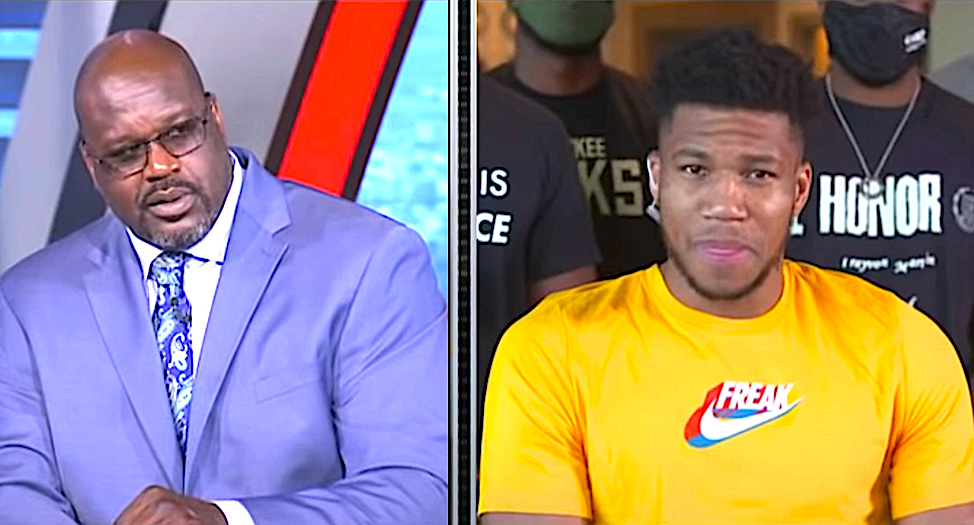 Giannis Antetokounmpo, the Greek Freak, was awarded the NBA Defensive Player of the Year Award for 2019-20. The Greek player for the Milwaukee Bucks looked confused as Shaq, former NBA star and sports commentator, attempted to congratulate him in Greek.

Although he tried to say, “Συγχαρητήρια, είμαι περήφανος για εσένα,” “Congratulations, I’m proud of you,” Shaq’s Greek came off more like a magical spell, causing laughter among his fellow commentators and confusion on the part of Antetokounmpo.

Despite his failure at Greek, Shaq did succeed in pronouncing Antetokounmpo’s last name correctly, after fellow commentator Charles Barkley bet 10,000$ to be donated to charity if Shaq could pull it off.