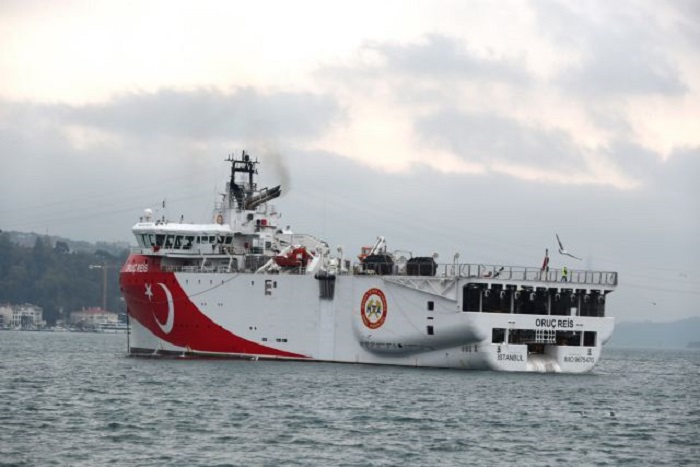 Greek Defense Minister Nikos Panagiotopoulos on Tuesday spoke with the captain of the Limnos, the Greek frigate which collided with a ship belonging to the Turkish Navy last week.
This is seen as official confirmation that the incident occurred, as the vessels maneuvered near each other in the vicinity of the Oruc Reis, the Turkish oil and gas exploration vessel which is in the sea between Crete and Cyprus.
The Defense Minister congratulated the captain of the Greek frigate during a short conversation over the radio, during which the commander of the Greek vessel, Ioannis Salaries, reportedly told the Defense Minister that he had done his duty during the incident.
There is a small flotilla of ships belonging to both Turkey and Greece in the area where the Oruc Reis is operating, and earlier in the week, Greek Prime Minister Kyriakos Mitsotakis had warned that having so many ships in one area might lead to accidents taking place.
Explaining that the collision was indeed purely accidental, the commander of the Limnos said he was the one who initiated maneuvers on August 12 in order to avoid the Turkish vessel Kemal Reis, which was working as an escort to the Oruc Reis.
Despite this, the Greek commander was simply unable to avoid striking the stern of the Turkish vessel with its bow, according to defense sources who spoke to Reuters.