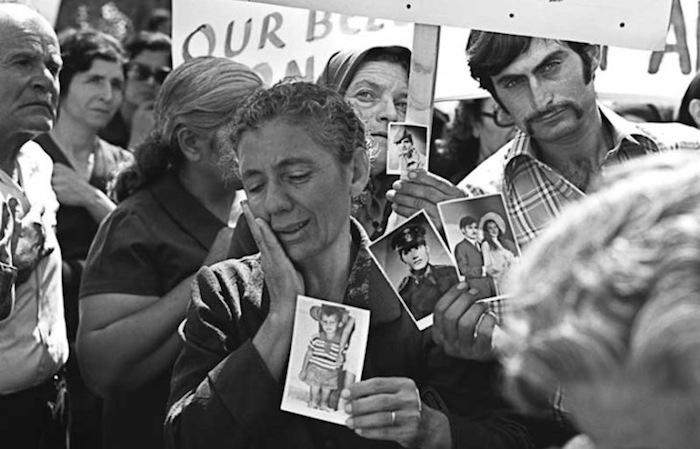 Cypriots woke up on Monday to the sound of sirens to mark 46 years since Turkish troops invaded and occupied Cyprus’ north.
The sad anniversary coincides with renewed claims by Ankara on the island’s sovereignty. Turkish oil drilling ships are conducting energy explorations within the country’s Exclusive Economic Zone (EEZ), threatening once more the peace and stability in the Eastern Mediterranean.
Air-raid sirens sounded at 5:30 AM when the invasion was launched and Turkish troops landed on the island’s northern shores. Fully 200,000 Cypriots instantly became refugees as they fled the advancing Turkish troops — and hundreds of their compatriots still remain missing.
On Monday morning a memorial service for Army officers and soldiers killed during the invasion took place in Nicosia, in the presence of the acting President of the Republic Demetris Syllouris and Greek National Defense Minister Nikos Panagiotopoulos.
The anniversary of shame
“Forty-six years after the Turkish invasion, the wound of Cyprus still bleeds,” Greek Prime Minister Kyriakos Mitsotakis declared.
“Unfortunately, the sky of the entire region is being filled by more and more clouds of provocations by the same culprit,” The Greek leader added.
“A series of aggressive actions are now being added to the illegal occupation of European territory, challenging the sovereign rights of Greece and the Republic of Cyprus. Acts that violate international law, landmines for stability and security in the Mediterranean. Also unhistorical decisions, insults to the global culture, such as the conversion of Hagia Sophia into a mosque.
“The anniversary of shame, instead of provoking a redemptive self-criticism in Turkey, finds it slipping further from legitimacy, Europe and the values of the 21st century. In the face of these events, Hellenism reacts with maturity and determination, with faith in justice and the resumption of a dialogue that will bring a lasting solution to the island…” the Prime Minister noted.
We will never compromise with partition
In a statement, Greek Foreign Minister Nikos Dendias said that “We will never compromise with the consequences of the Turkish invasion.”
“For forty-six years, Hellenism has been experiencing the drama of the missing people, the uprooting of thousands from their homes, the looting and destruction of the Greek and Orthodox heritage, the usurpation of Greek Cypriot property,” he said.
“Forty-six years of violations of the United Nations Security Council resolutions by Turkey. Decisions that, among other things, call on all states to respect the independence, sovereignty and territorial integrity of the Republic of Cyprus and demand the withdrawal of the occupying troops from its territory.”
Dendias underscored that “today, Greece and Cyprus are facing an ever-increasing and expanding Turkish delinquency, which poses a serious threat to security and stability in the wider Eastern Mediterranean region.”
He added that Greece and Cyprus react to Turkish aggression and illegality with the adherence to international legality and international law.
Turkish troops land at Kyrenia 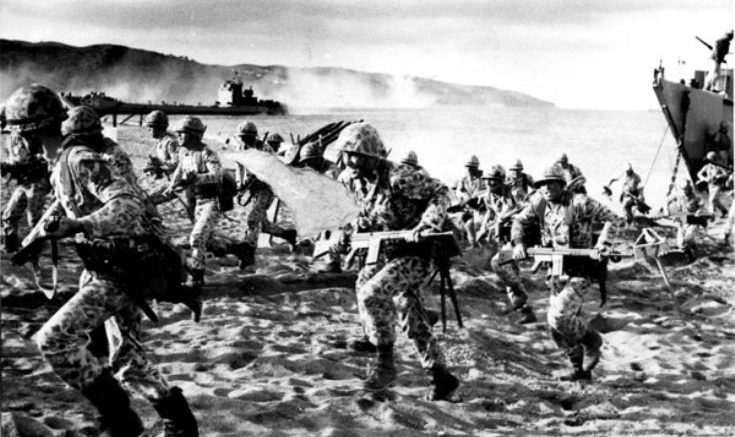 Turkey used the military coup instigated by Athens against President Makarios as a pretext to invade and impose its partitionist designs on Cyprus. On July 20, 1974, claiming to act under article 4 of the Treaty of Guarantee, Turkish armed forces launched a full-scale invasion of Cyprus.
The Turkish invasion began at 5:30 on July 20, with heavily armed troops landing at Kyrenia on the northern coast. Approximately 40,000 Turkish soldiers took part in the illegal action.
A cease-fire was agreed upon on July 23. In the absence of Archbishop Makarios, the then-President of the House of Representatives and Greek Cypriot negotiator Glafcos Clerides stepped in as acting president.
On August 14, after failed talks in Geneva, Turkey launched its second offensive, dubbed “Attila II,” occupying Morphou, Famagusta and Karpasia.
Repeated UN-led attempts to reunite the country have so far failed. Turkey insists on retaining its right of intervention, its role as a guarantor power and its military presence on the island.

The day Turkey invaded Cyprus is a day that no Cypriot or Greek will ever forget #NeverForget Full story: goo.gl/5NmCa4