Congressman Bilirakis: Erdogan Turns His Back on International Community 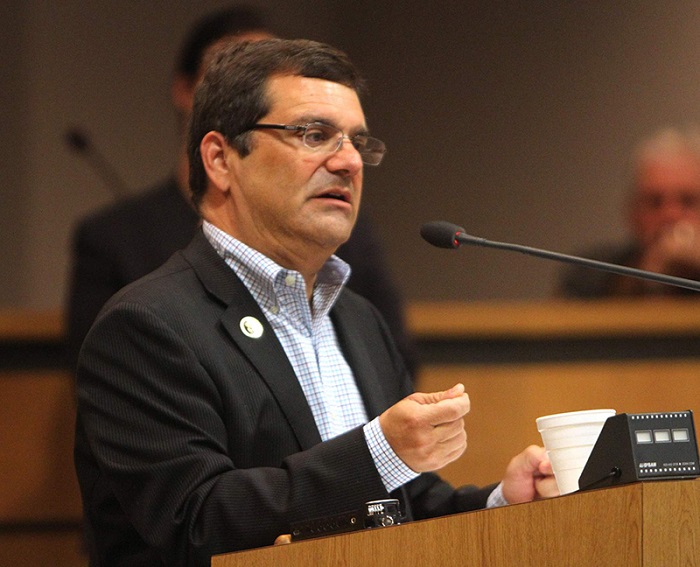 Congressman Gus Bilirakis, the co-chair of the Congressional Caucus on International Religious Freedom, on Friday condemned the decision by Turkey’s President Erdogan to turn Hagia Sophia into a mosque.

“In a clear demonstration of arrogance and inhumanity, Erdogan has turned his back on the international community,” Bilirakis says in a statement.

“Converting it back to its mosque status of 600 years is a disgrace and will only poison respect between religions and between people of religious faith, all Turkish citizens included,” he adds.

“As Co-Chair of the Congressional Caucus on International Religious Freedom and an Orthodox Christian, I condemn the action taken today by Turkish President Erdogan that converts the Hagia Sophia cathedral into a mosque. The immortal church of Hagia Sophia is named for and dedicated to the Holy Wisdom of God. This magnificent edifice has, for nearly 1500 years – through her extraordinary beauty and for what she represents -served to call us to our better selves. At times of heightened passions and bellicose language, it would be well if we called upon the grace and humanity that this historic structure invokes, and stepped away from what separates us from each other, and towards what unites us: our common humanity.

Great human leaders have used divine wisdom to mark the signal points of Hagia Sophia’s history. Justinian had the foresight and patience to build and dedicate the Church of the Holy Wisdom in 537. Mehmed II conquered the Great City of Constantinople in 1453, and saw the glory there, and wisely did not destroy the church, but converted it to a mosque. In 1935, Ataturk, in building a new country out of an old empire, saw the wisdom of making it equally accessible to all his country’s citizens, and turned it into a historic monument, welcoming the world to come and be inspired by Hagia Sophia’s beauty, history, and symbolic universal truth.

Now in a clear demonstration of arrogance and inhumanity, Erdogan has turned his back on the international community. Why such a move now? The Blue Mosque is across the street from the Hagia Sophia. The Mosque of Suleiman the Magnificent is blocks away, as are innumerable other mosques. They are all places of worship for Muslims. Yet, other Byzantine sites have been recently converted back to mosques, a disturbing trend.

The fact that Hagia Sophia has been used for Muslim prayer readings since 2015, for the first time in 80 years, was not enough for the radical Erdogan. Yet, visitors showing any Christian reverence over the years while visiting Hagia Sophia have often been intimidated and threatened with arrest. Hagia Sophia was, for fully 900 years, the greatest church in Christendom, and remains a place of great reverence for all Christians, including Turkey’s own Orthodox citizens. This edifice is an enduring symbol of peaceful coexistence. Converting it back to its mosque status of 600 years is a disgrace and will only poison respect between religions and between people of religious faith, all Turkish citizens included.

Erdogan must reconsider his action today. Tensions created by opening Hagia Sophia as a mosque will be devastating. It must be reestablished as a purely historic monument of exceptional and universal significance, and as an unquestioned symbol of respect between religions and among people. The Holy Wisdom that we all call upon requires it remain a museum in the interests of our common humanity, brotherhood, and good will.”