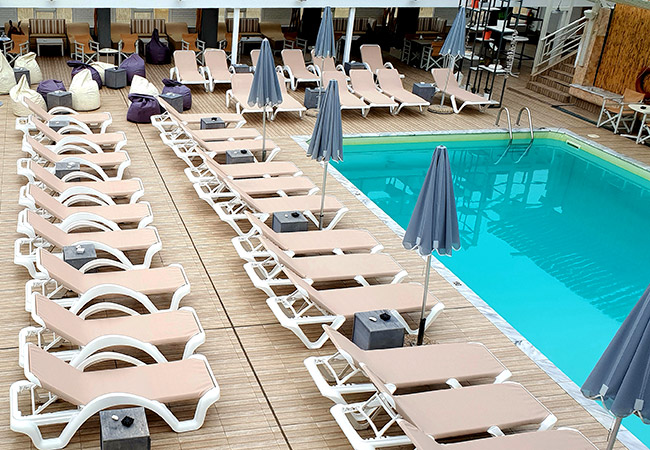 According to a recent survey conducted by Horwath HTL, Greece ranked as one of the top three Mediterranean destinations for travelers once Covid-19 restrictions are lifted.
The “Travel Sentiment Survey” questioned a sample of 1,000 people from twelve key markets, including countries such as Belgium, Israel, Spain, UK, Germany, Italy, Denmark, Austria, Bulgaria, Sweden and the US. The study was conducted from June 8 to June 22, 2020.
The purpose of the survey was to identify the major concerns of travelers in a post-coronavirus world and how they might make plans for their upcoming vacations.
The results showed that over two-thirds of the respondents were “optimistic” about the future of travel and tourism. A sizable majority, 61 percent, of people surveyed said that they would like to travel for the holidays within less than four months.
Regarding possible vacation spots, Greece was rated among the top three destination choices for tourists, garnering 15.01 percent and following only the nations of Spain and Italy, which scored 22.04 and 15.7 percent respectively.
Among the possible vacation locations in Greece, Halkidiki received the highest score, with a winning percentage of 18.35 percent. This was followed by 15.6 percent for the island of Crete, and Santorini which garnered 13.76 percent.
A surprising 63.91 percent of people within the sample group believed that taking a flight now is safe, with a majority also saying that they would be keeping abreast of new developments regarding the pandemic.
For countries like Greece and Spain, which depend heavily on tourism, the information that the Horwath survey uncovered is clearly hopeful. Forty-five percent of people also said that they would most likely choose to stay at a hotel for their vacations, which would generate substantial business for that sector.
According to Xenophon Petropoulos, Country Director of Horwath HTL Greece, “The first twenty days of July will be probably the most important days for the Greek season. Those who will choose to visit, will almost immediately start communicating their experience. Friends, relatives, co-workers will start asking if the destinations are trustworthy.”
Petropoulos emphasizes that this period will be crucial for Greece since it will ultimately determine how the rest of the summer will unfold. An overly demanding travel environment, including an array of health and safety protocols — and closed borders — are some of the concerning aspects that the industry will face in the summer of 2020.
How Greece will respond to these concerns now will affect how the rest of the tourism season plays out.
Founded in 1915, Horwath HTL is an international tourism consultancy which provides consulting services in 47 countries for the tourism and leisure industry.