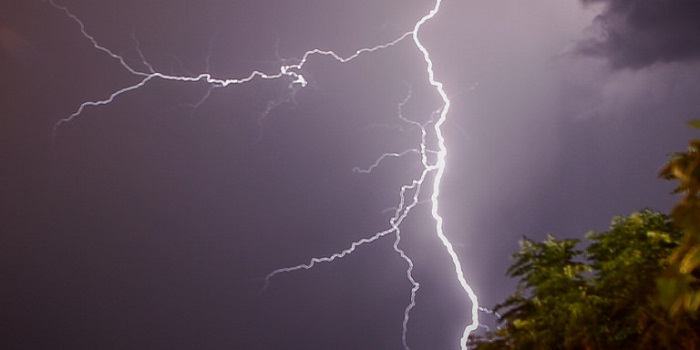 A woman was killed from a lightning strike on the island of Skopelos on Tuesday as severe weather, bringing thunder, lightning and heavy rain slammed into several regions in Greece.
According to the local news site efimerida-sporades.com, the woman was hit near the village of Pefkia, while she was working on her farm.
Heavy rainstorms, in many cases accompanied by hail and gusty winds, have hit most parts of Greece, and according to the weather service, they will continue until Friday.
The adverse weather also hit Athens where thunder was heard and lightning was seen on the horizon. The following video is from Faliro, just south of Athens.


Hailstorms hit Polygyros, located in northern Greece and the region of Pelion located in central Greece.

The inclement weather continues to prevail over both the mainland and the islands, with significant drops in temperatures experienced throughout the affected areas.