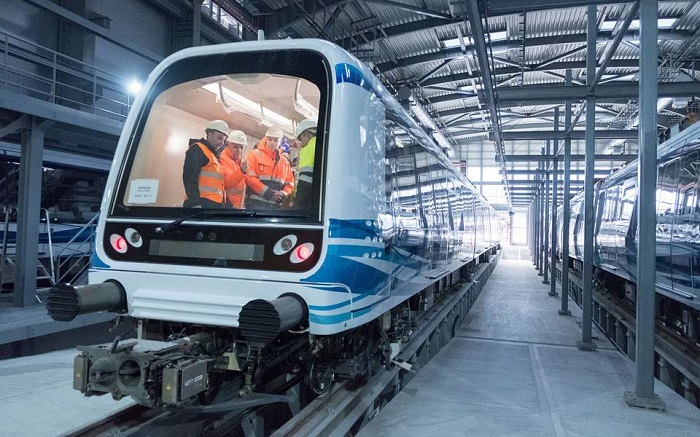 The long-delayed metro system for Thessaloniki will be ready by the year 2023, a government minister vowed on Monday.
Transport and Infrastructure Minister Kostas Karamanlis reiterated his pledge that the metro will be delivered in full, and in operational order, by April of that year.
“In April 2023, the Thessaloniki Metro will not operate partly; it will operate in full, with the Venizelos station, which is the main station. This is a reality that we will adhere to,” the Minister said in statements to the press during a visit to the construction site.
The Ministry also released a 3-D animation of how Thessaloniki’s central metro station, Venizelos, would look like upon completion.


The 3.5-billion-euro Thessaloniki metro project is expected to be completed eight years after the original deadline of 2012. Construction began way back in 2006 but the project was delayed due to a series of important archaeological discoveries.
The antiquities found under the city by metro construction workers date mostly from the 4th century, with some 6th century additions.
When completed, the metro system will extend 9.6 kilometers (six miles) with 13 stations.
Related: City Under a City: Metro Reveals Thessaloniki’s Ancient Past (video)