How Greece Triumphed in Confronting the Covid-19 Threat 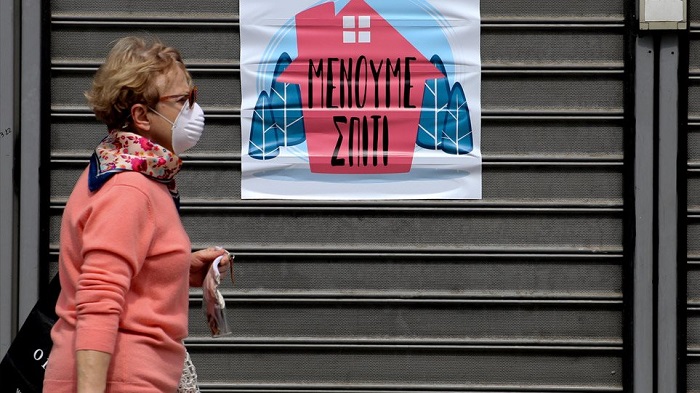 By Dr. Constantine Passaris*
Greece became the whipping boy of Europe in the aftermath of the global financial crisis of 2008. As the contagious effect of the financial crisis reached Greek shores, it devastated its national economy. In the subsequent years, the world’s attention was focused on Greece as its economy was on its deathbed.
Indeed, international headlines started to appear in 2010 which focused on the imminent collapse of the Greek economy, widespread business bankruptcies, soaring unemployment, mounting public debt and attempts to force Greece out of the European Monetary Union with its singular Euro currency.
Fast forward to 2020 — and the international headlines tell a stunningly different story. Greece, a country of about 11 million people, is now being raised on a pedestal and held up as a role model for its success at effectively containing the COVID-19 global pandemic.
By all accounts, it has regained its stature and self-respect among the community of European nations. With only approximately 150 deaths from the virus, it has recorded one of the lowest casualty rates on the entire European continent.
This feat is even more remarkable when we consider Greece’s geographical vulnerability. This is a time when national borders are no match for globalization. Indeed, the global pandemic has overpowered and outsmarted the false sense of security that was perceived to rest behind a country’s borders.
The modern border is porous, malleable and easily surmountable. It is not an effective deterrent for any undesirable political, social, biological or economic consequences. In effect, the old days when borders served as a deterrent from entry from any kind of foreign intrusion are well behind us. Today’s borders are purely symbolic and simply serve as a geographic marker.
At the beginning of the COVID-19 global pandemic, Greece once again had to deal with its very precarious geographical situation. The nation is nestled between Italy and Turkey, two countries which suffered an extremely high infection rate from the coronavirus.
Greece is also the destination of choice for entry to the European Union (EU) of thousands of migrants and refugees from the Middle East and Asia.
In consequence, Greece was exposed to significant adverse consequences from a potential wave of coronavirus infections that would have devastated its population, overwhelmed its national health care system and inflicted significant economic pain on its slowly recovering national economy.
An early, rather draconian national lockdown in Greece inspired by the situation in the country’s western neighbor of Italy, and the rapid spread of the coronavirus in its eastern neighbor Turkey, prevented this insidious virus from infiltrating and destroying the health and wellbeing of the Greek population.
In my opinion, the Greek response to the advent of the COVID-19 global pandemic on its shores was guided by five interlocking forces. First, Greece acted quickly and decisively. Second, the Greek response was focused, proactive and pre-emptive. Third, Greece implemented extreme preventive measures despite knowing they would be unpopular with the public. Fourth, it enforced these preventive measures diligently and forcefully. Fifth, it strengthened its national health care system and ensured an adequate inventory of medical supplies and equipment.
More precisely, Greece immediately closed its schools, universities, cafes, restaurants, hotels, libraries, and museums and banned large gatherings. Hefty fines were levied on people and businesses which did not comply with the new rules.
These measures were put in place even before the first death attributed to COVID-19 was recorded, with the country implementing their strict “stay home” containment policy and imposing a comprehensive national lockdown.
Everyone in the country was confined to their home and were required to notify the government each and every time they left their homes — even for walking their dog.
Furthermore, Greece closed its borders to all non-EU nationals, and EU nationals who found themselves within the country’s borders were strongly advised to remain in voluntary quarantine for 14 days. It suspended all flights to and from the country, banned road travel with neighboring countries, and suspended sea routes. No cruise ships — or, perhaps most amazingly, even private pleasure craft, were permitted to dock at Greek ports.
Medical experts agree that Greece’s decision to quickly enforce social distancing measures and strengthen its ailing health care system helped curb the coronavirus pandemic. This meant an immediate increase in the number of its intensive care beds by more than 70% and the hiring of more than 3,000 additional hospital staff and doctors.
This was an extraordinary feat given the longtime attrition in the healthcare budget, which exceeded 60% during the years of the Greek economic crisis.
It is therefore no surprise that Greece is touted as a role model for handling this devastating biological tsunami. It made a deliberate decision despite its precarious economy that human lives mattered more than anything else. They erred on the side of caution and preferred to embrace significant financial sacrifices rather than sacrifice human life.
I believe that an overarching driver of the success of the Greek pandemic playbook was the paramount focus on saving human lives. In executing this objective, Greece recognized that politicians should take a back seat to the medical experts and epidemiologists.
Decisions regarding the appropriate Greek response to this unfolding pandemic were made by science and the medical experts. They relied on scientific evidence which informed public policy.
Finally, in order to avoid political grandstanding, a national experts committee on public health was established, and the Greek Ministry of Health appointed a soft-spoken Australian-born Greek professor of pathology and infectious disease at the University of Athens as its COVID-19 spokesperson.
*Dr. Constantine Passaris is Professor of Economics at the University of New Brunswick (Canada) and an Onassis Foundation Fellow (Greece).