TechNews
GreekReporter.com Greece When Greece was Part of the Lost Continent of Greater Adria

When Greece was Part of the Lost Continent of Greater Adria

By Philip Chrysopoulos
May 4, 2020
Facebook
Twitter
WhatsApp
Linkedin
Email
Recent research shows that more than 200 million years ago, Greece was part of a lost continent scientists call “Greater Adria.”
According to a decade-long study coordinated by Utrecht University, a piece of continental shelf the size of Greenland, once separated off from today’s North Africa then submerged itself under the earth’s mantle under what is today southern Europe.
Scientists have now reconstructed the evolutionary history of the mountain ranges and seas in the region. In order to achieve this, geologists from various countries studied all the mountains ranges from Spain to Iran in detail for ten years, concluding that a large piece of North Africa’s continental shelf plunged into the earth’s mantle under today’s Southern Europe.
According to the head of the research team, Douwe van Hinsbergen, Professor of Global Tectonics and Paleogeography at Utrecht University, most of the mountain ranges of this area originated from a single continent that separated off from North Africa more than 200 million years ago.
Around 240 million years ago, a Greenland-sized piece of continental plate broke off from what would become North Africa and started drifting north. Between 120 and 100 million years ago, the plate smashed into what is Southern Europe today.
Although the speed of that collision was no more than 3 to 4 cm (1.5 inches) per year, it ended up shattering the 100-km (62-mile) thick crust of the more more northerly land mass. 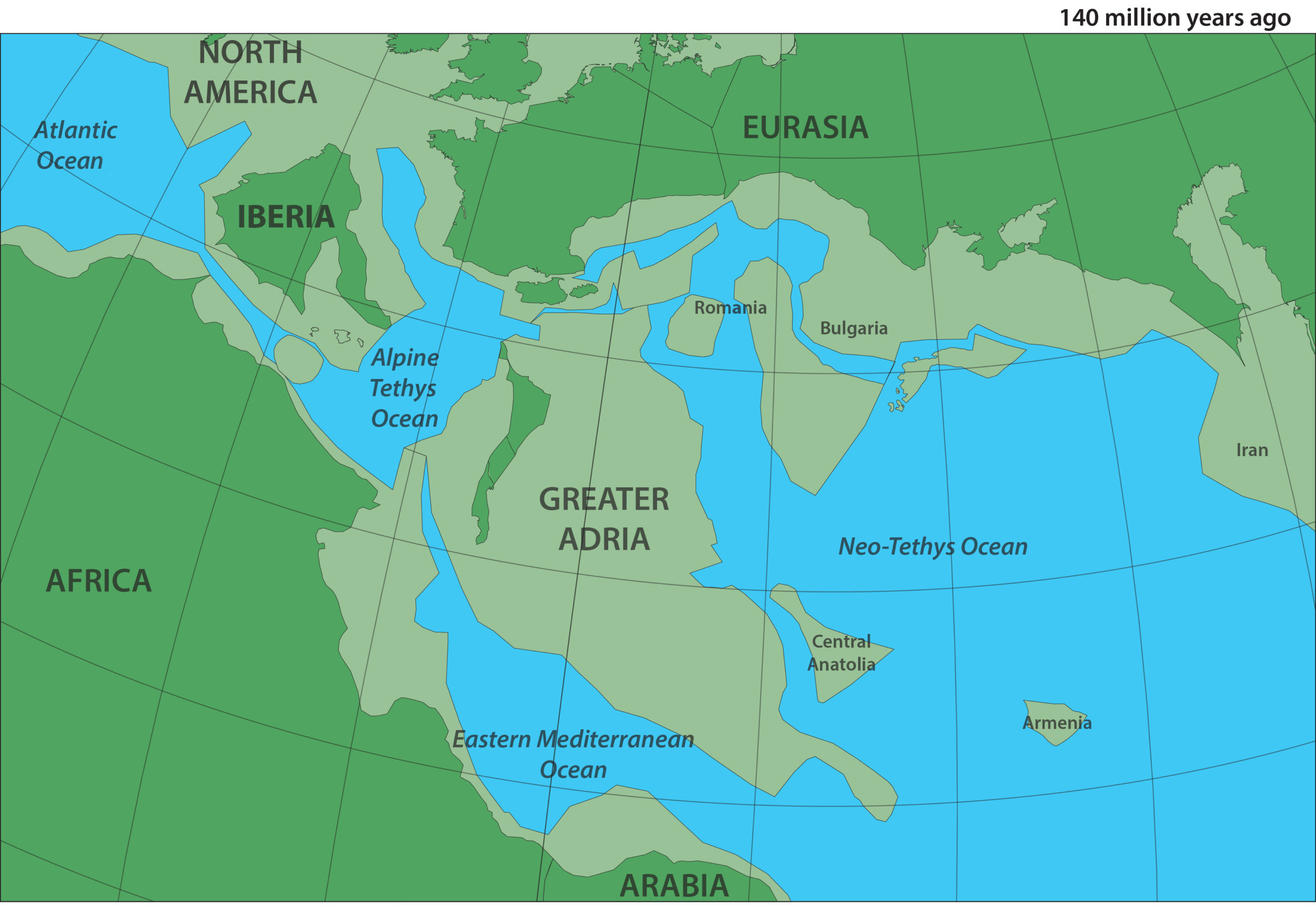 The only remaining part of this continent which is intact and above sea level today is a strip which runs from Turin, Italy via the Adriatic Sea to the heel of the boot that forms Italy. Scraped-off pieces also survive in the mountains of the Apenines and the Alps, as well as the Balkans, Greece, and Turkey.
With the reconstruction of lost Greater Adria, the geologists have now made a substantial contribution to the fundamental body of knowledge concerning mountain range formation. According to van Hinsbergen, “subduction,” the plunging of one geologic plate under another, is the basic way in which mountain chains are formed.
The research also provided important information about volcanism and earthquakes which the scientists are already applying to other studies. Seismic waves can still detect the plate, most of which is now wedged into the earth at a depth of up to 1500 km.
Additionally, using the findings of the research, scientists can now predict, to a certain extent, what a given area will look like far into the future.
In the short term, there are also economic advantages related to this geological research. Ore deposits and stone which is used for construction material are often found in mountain ranges such as those in the area investigated.
The geological systems in which these resources first formed are fragmented but are located close together within the reconstructed mountain ranges.

If a new law being drafted in Athens is passed, owners of a legendary breed of Greek hunting dog may be forced to retreat into the wilderness.
Economy