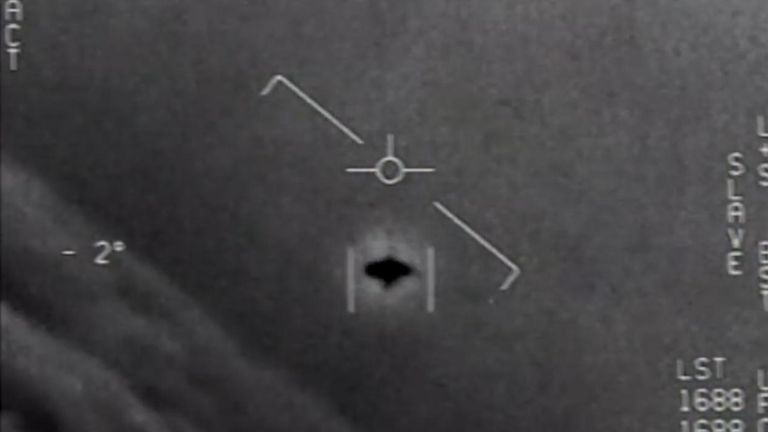 The grainy videos, one recorded in 2004 and the other two in January 2015, depict what the Pentagon calls “unexplained aerial phenomena.” They were previously leaked, with some believing they show alien unidentified flying objects (UFOs).

“After a thorough review, the department has determined that the authorized release of these unclassified videos does not reveal any sensitive capabilities or systems, and does not impinge on any subsequent investigations of military air space incursions by unidentified aerial phenomena,” the statement said.

The 2004 incident occurred about 100 miles out in the Pacific, according to The New York Times, which first reported on the video in 2017. Two fighter pilots on a routine training mission were dispatched to investigate unidentified aircraft which a Navy cruiser had been tracking for weeks.

The Navy pilots found an oblong object about 40 feet long, hovering about 50 feet above the water, which began to ascend rapidly as the pilots approached before quickly flying away. “It accelerated like nothing I’ve ever seen,” one of the pilots told the NYT.

The pilots then left the area to meet at a rendezvous point about 60 miles away. When they were still about 40 miles out, the ship radioed and said the unidentified object was at the rendezvous point, having traversed the distance “in less than a minute,” the pilot told the newspaper.

The two other videos of incidents in 2015 include footage of objects moving rapidly through the air. In one, an object is seen racing through the sky and begins rotating in midair.