Greece Eyes Opening for Tourists from Selected Countries in July 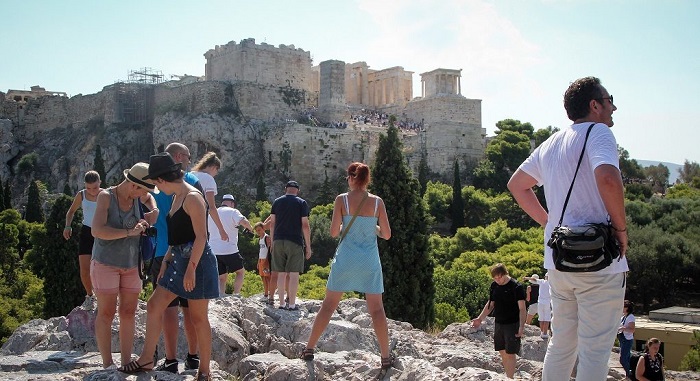 The Greek Minister of tourism said on Thursday that the country will prepare to welcome foreign tourists beginning in July, but that the arrivals will not be from all over the world, as is usual every year.
”Opening up the borders is something that needs to be discussed with health experts and we hope that they will give us the go-ahead to open up gradually,” Charis Theocharis said in an interview with the BBC.
”We aim for some time in July to open up,” he said, while underscoring that “this cannot be from every destination.”
Earlier in the week Theocharis revealed that Greek authorities are mulling the introduction of a ”Health Passport” which will serve as proof that an individual is not suffering from the COVID-19 coronavirus.
The Minister said that Greece will only have a three-month tourist season this year, between July and September, but added that if the situation develops positively, then the “shoulder season” months of October and November might see an increased number of tourists in the country.
However, the biggest challenge for the tourism-dependent country will be to determine exactly who will be able to enter Greece and how.
The Minister added that there is an ongoing discussion at the European Union level to determine the ways in which EU citizens will be allowed to go on their annual vacations this year.