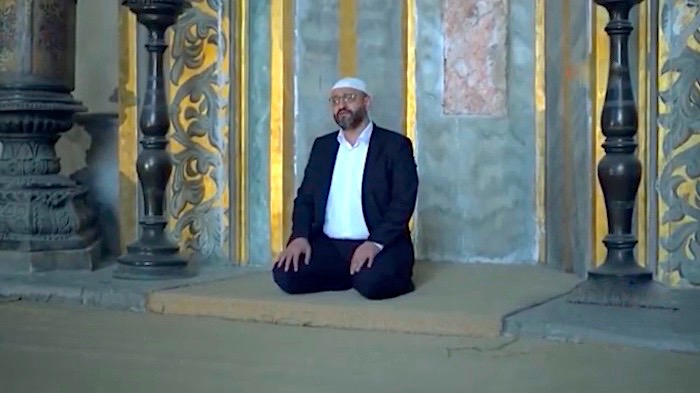 The Islamic call to prayer was heard in what was once the center of Orthodoxy, Hagia Sophia, on Monday, as a video calling the former Byzantine cathedral “Hagia Sophia Mosque” on Youtube shows.

The prayer was initially broadcasted on Iha.tv.

Some analysts argue that it is no coincidence the act took place only two days before the anniversary of the declaration of the Greek War of Independence on March 25, 1821 and Greece’s liberation from Ottoman rule.

This is the third year in a row that similar acts challenging the supposed status of Hagia Sophia as a secular museum have taken place in March.

In the meantime, Turkey is assisting thousands of migrants to attack Greek forces at the Turkish-Greek border in Evros. The orchestrated migrant attack began on March 1st.

The unique status of Hagia Sophia

Hagia Sophia was built in 537 and served for nearly a thousand years as the cathedral of the Byzantine Empire, later to become the Greek Orthodox Christian Patriarchal Cathedral. It was converted to an Ottoman mosque on May 29, 1453, just after the fall of Constantinople, and it remained a mosque until 1931. 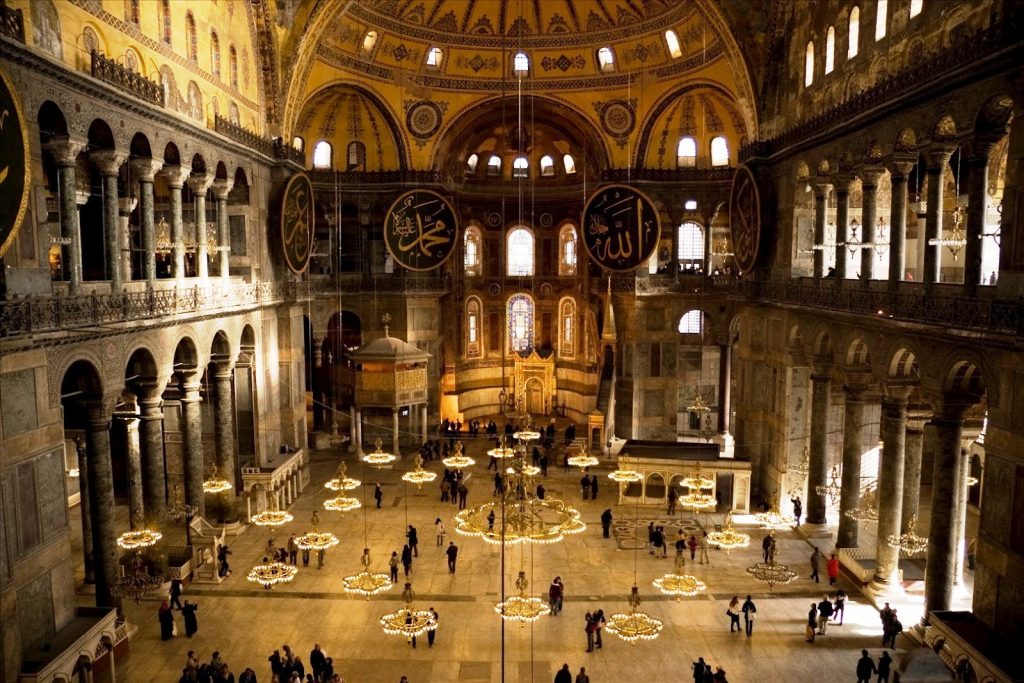 Four years later, the iconic Byzantine basilica, once the very symbol of Greek Orthodoxy, began operating as a museum, after a decision by the first Turkish President and founder of the Republic of Turkey, Mustafa Kemal Ataturk.

Also a UNESCO World Heritage Monument, Hagia Sofia was the most visited tourist site in Turkey in 2014 and 2015.

The use of the museum as a place of worship since 1931 has been strictly prohibited.

However, in 2006 the Turkish government allowed the allocation of a small room in the museum complex to be used as a prayer room for Christian and Muslim museum staff, and since 2013 the muezzin sings the call to prayer twice per day, in the afternoon from the minarets of the museum.

The use of Hagia Sophia as a place of worship has been a thorny issue for years, with some Turkish politicians insisting that it should be turned into a mosque again. On July 1st, 2016 Muslim prayers were held again in Hagia Sophia for the first time in 85 years, an event that sparked strong reactions from the Greek Orthodox Church.

In May of 2017 the Anatolia Youth Association (AGD) organized a gathering in front of Hagia Sophia for morning prayers and called for the re-conversion of the museum into a mosque.

In June of the same year, Turkey’s Presidency of Religious Affairs (Diyanet) organized a special program which included the recitation of the Quran and prayers in Hagia Sofia, to mark the Laylat al-Qadr. The program was broadcast live by state-run television TRT.

On March 31, 2018 Turkish president Recep Tayyip Erdogan recited the first verse of the Quran in Hagia Sophia, dedicating the prayer to the “souls of all who left us this work as inheritance, especially Istanbul’s conqueror,” reiterating his position to make Hagia Sophia a mosque once again.

In March 2019 Erdogan said that he will change the status of Hagia Sophia from a museum to a mosque, adding that it was a “very big mistake” to turn the mosque into a museum. However, as a UNESCO World Heritage site, this change would require approval from UNESCO’s World Heritage Committee.

Watch the video from the latest Islamic prayer recited there: