This is Sparta! Gerard Butler Honored in Ancient Greek City

By Tasos Kokkinidis
March 13, 2020
Facebook
Twitter
WhatsApp
Linkedin
Email
Gerard Butler, the actor who famously portrayed King Leonidas in the Hollywood blockbuster “300,” embraced his real-life ties to the ancient Greek city of Sparta on Thursday night, when he was honored by the municipality at a special gala dinner.
The Scottish actor was seen getting animated on the dance floor as he celebrated with a number of well-heeled guests, just a day before running as a torchbearer for Sparta during Friday’s Olympic Torch relay through the region. 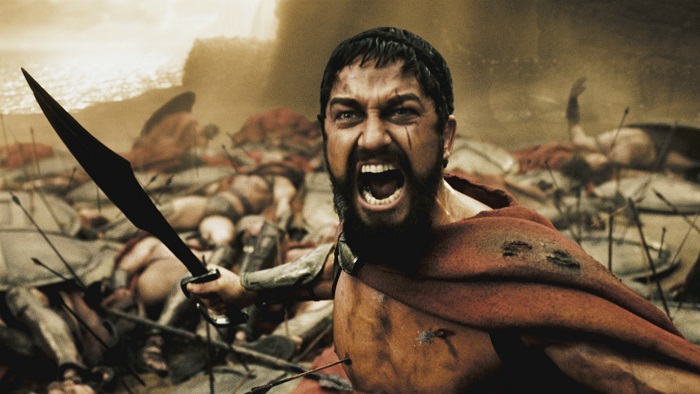 Butler was joined at the gala dinner by fellow actor Billy Zane, 54, who will also serve as a torchbearer. Zane is of Greek heritage; his family name of Zanetakos was anglicized to Zane by his parents.
The Scottish thespian was invited to take part in the relay as part of the celebrations for the 2500th anniversary of the Battle of Thermopylae in 480 BC, on which his film was based.
The Hollywood star will forever be associated with the fierce battle cry “This is Sparta!” – a line which has become one of the more iconic in all of film history.
Speaking to Greek Reporter recently, Butler described “300” as the “most intense and enjoyable movie I ever made,” adding “It made me feel Greek!”