Thousands of Protesters in Germany Demand Open Borders for EU 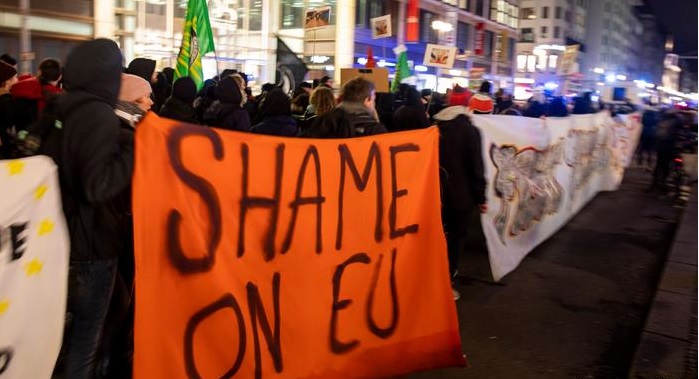 As Greece tries to prevent thousands of migrants and refugees to cross over into the country, in Germany thousands gathered in major cities on Tuesday, calling for the European Union to open its borders.

At least three thousand people gathered in Berlin while similar protests were held in Hamburg and Potsdam demanding the opening of the border between Turkey and the European Union.

The group “Seebrücke” (“Sea Bridge”), which led the protests, wrote online that it stands “against the policy of sealing off the EU and for the opening of the borders.” Seebrücke says it wants “safe passages and an end to the criminalization of civil sea rescue.”

The protests were organized as thousands of refugees gathered at the Greek border after Turkish President Recep Tayyip Erdogan announced last week that his country would no longer stop migrants from crossing into the EU.

Under the so-called refugee deal made between the EU and Turkey in 2016, both sides agreed to cooperate in trying to stop migrants from crossing into the EU from Turkey.

Protesters on Tuesday described that deal as “toxic” and chanted “We have space!” Police put the number of participants at 3,500, while organizers say more than 8,000 attended the demonstration.